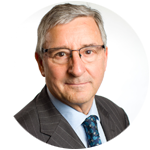 Jim worked for London Fire Brigade from 1974-1997. Following this he moved into politics becoming the MP for Poplar from 1997-2019, during this time Jim held multiple roles including Fire Minister and Road Safety Minister. Jim became Non-Executive Director of the Fire Protection Association in March 2020 and has been Chair of FIRE AID since 2015.

Steve started his career in 1991 as a retained firefighter with the Isle of Wight Fire Service and climbed the ranks, becoming Chief Fire Officer in 2011. In 2015, following a strategic partnership between the services, Steve was appointed Director of Community Safety and Resilience with Hampshire Fire and Rescue Service.  He was seconded into East Sussex Fire and Rescue Service as Deputy Chief Fire Officer in 2015.

In December 2016 he was appointed Deputy Commissioner with London Fire Brigade (LFB), one of the largest Fire and Rescue Services in the world.  Steve led the strategic response of LFB to the Westminster Bridge terror attack and was responsible for the strategic response arrangements and Gold response to the Grenfell Tower tragedy.

Steve has a Master’s degree in Leadership and completed the Executive Leadership programme for strategic leaders in the Fire Service.  In addition, he has been a volunteer with UKRO (and its previous guises) for over 25 years and was Chair in 2010 to 2018. In 2017 UKRO became a registered Charity. Steve was Chair of the World Rescue Organisation from 2013-2015.  He is passionate about international development and advancing professional rescue, and is proud of the role UKRO plays with colleagues from other aid organisations to support the global road safety agenda.

Emma is the founder and Director of UK charity Eastern Alliance for Safe and Sustainable Transport (EASST). She is also the Alumni Organiser of the Delft University/FIA Foundation Global Road Safety Programme and a member of their Board, having run the FIA Foundation Road Safety Scholarships from 2009-2014. She is a founder member and Deputy Chair of FIRE AID, and President of Make Roads Safe Hellas. Emma is an Advisor to the All Party Parliamentary Group on Moldova in the UK Parliament, and a Special Advisor to the Rt Hon the Lord Robertson of Port Ellen.

From 1999 to January 2008 she was Director of the John Smith Memorial Trust, a good governance programme sponsored by the UK Ministry of Justice and aimed at talented young leaders from the former Soviet Union. Prior to this she was Advisor to the Rt Hon Chris Smith MP (now Lord Smith); to the late, Rt Hon Donald Dewar QC, MP; Policy Officer on Social Security and Taxation for the UK Labour Party working closely with the Rt Hon John Smith QC, MP; a member of the Commission on Social Justice; and Deputy Director of the Low Pay Unit that succeeded in its campaign in the UK for a national, legal minimum wage. She has extensive experience as an expert in donor-funded road safety projects in EASST’s countries of operation.

Alfred retired from Staffordshire Fire and Rescue Service in June 2009 after 30 years service. Throughout his time with the fire service, he served as an Area Commander, however, he held several other roles such as Chair of the Road Safety Partnership and instructor roles in road traffic collision (RTC) and Breathing Apparatus (BA) at Staffordshire Training Centre. He was also an operational officer with a specialism in Hazardous Materials/CBRN incidents and was also the Head of Business, Marketing and Media Departments at Staffordshire fire and rescue service. Alfred also provided voluntary project management for the Institute for Fire Engineers and helped with the organisation of their International Conference and Exhibition in 2005.

Alfred’s passion for international aid began in 1994 when he co-founded Staffordshire Emergency Services Humanitarian Aid Association (SESHAA), where for a long time he was the Chair as well as project managing and leading multiple overseas missions. The first of which was a fact-finding mission to the Volgograd Fire Service in Russia. Following this Alf has led missions to Bosnia, Albania, Malawi, Macedonia, Poland, Uganda, Kenya and Tajikistan where he has provided country reviews, equipment donations and training programmes. Alf was also a founding member of FIRE AID, and an Honorary Member, his international work with FIRE AID partners in Tajikistan has led to over 100 lives being saved.

Gary worked in the fire service as a Station Officer for 12 years with the Scottish Fire and Rescue Service before completing his MSc in Fire Engineering and starting his own company in 2004, which now employs over 12 people. Gary is the founder of SERA who started volunteering for one of our FIRE AID members, Blythswood Care in 1998 where he drove vehicles of aid each year on their behalf into Eastern Europe.

Ian worked in the Fire & Rescue Service (FRS) for 34 years, initially in Mid Glamorgan Fire Brigade and then in South Wales FRS. He worked in many different roles and finished as Head of Training & Development for the Service. He retired in 2020. He has a Master’s degree in Management and is a qualified Teacher. He has also completed the Executive Leadership Programme with Warwick University and gained a Post Graduate Strategic Leadership Certificate.

He has a long association with the UKRO having first competed some twenty three years ago, then became an Assessor at UK, International and World level. He then moved into a role of Marketing lead for the Charity before stepping into his current role of Trustee and Director for Organisational Development, Marketing & Communications (ODMC) early in 2020.

He also assists with WRO work and has been a member of the Marketing & Finance Working group for the past eighteen months.

He has an active interest and passion for all aspects of road and safety education and is keen to share knowledge and increase awareness amongst all key partners in the Rescue environment. His current role with UKRO has seen him develop some key initiatives and partnership agreements in advancing professional rescue. 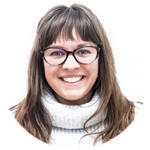 FIRE AID’s activities are directed and coordinated by Claire Hoyland an employee of UK charity EASST. Claire’s responsibilities at FIRE AID and EASST include the coordination and delivery of a range of projects, activities, and events across Eastern Europe, the Caucasus, and Central Asia, helping to improve emergency response and road safety.

Claire joined FIRE AID and EASST in 2018. She graduated with a Business degree from the Open University whilst travelling extensively and working on various international development projects, including a road safety project with the Ugandan Red Cross Society.

Claire joins us from the national food redistribution charity FareShare, where she developed and managed a project that saw retailers directly donating their surplus food to local charities via an app called FoodCloud. Claire has previously worked on projects with Macmillan Cancer, VSO, World Challenge, the BBC and is a First Aider and Emergency Response volunteer for the British Red Cross.