Two members of FIRE AID have recently returned from a life-changing trip to South Sudan where they were supporting the International Organisation for Migration (IOM) by carrying out a hazard and vulnerability assessment with regards to fire, burns and scalds.  The assessment is being undertaken at a Protection of Civilians (PoC) site near the town of Wau.  This camp has between 26,000 and 39,000 people living in it.  In addition the team has also visited a number of what is called collection sites around the area, these contain between 1,000 and 5,000 people. 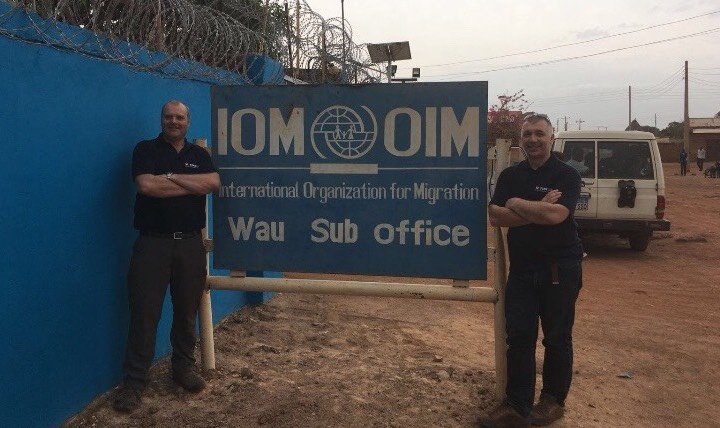 At the moment because of the unrest South Sudan is a declared conflict zone and the team are working under the protection of the U.N including all transport.

One of the team members Adrian Brown said “Following the start of the civil war, a lot of the population fled to the U.N bases seeking safety from the U.N. Soldiers, and here in Wau a camp was set up next to the UN base, but protected and secured by soldiers from the U.N. Mission here.  The problem is that this is quite a small site with a lot of people living in it.”

Steve Jordan said “When you have thousands of people living in shelters made of emergency aid plastic sheets, bamboo and straw and then all the families cooking each day on open fires next to their shelters, the fire risk here is very considerable and even while we are here we have had reports of fires breaking out, although fortunately small and quickly dealt with by the occupant.  We have also seen a number of rubbish fires break out, these also have the potential to escalate.  So there looks like quite a bit of help and advice we can give them both now and in the future through FIRE AID” 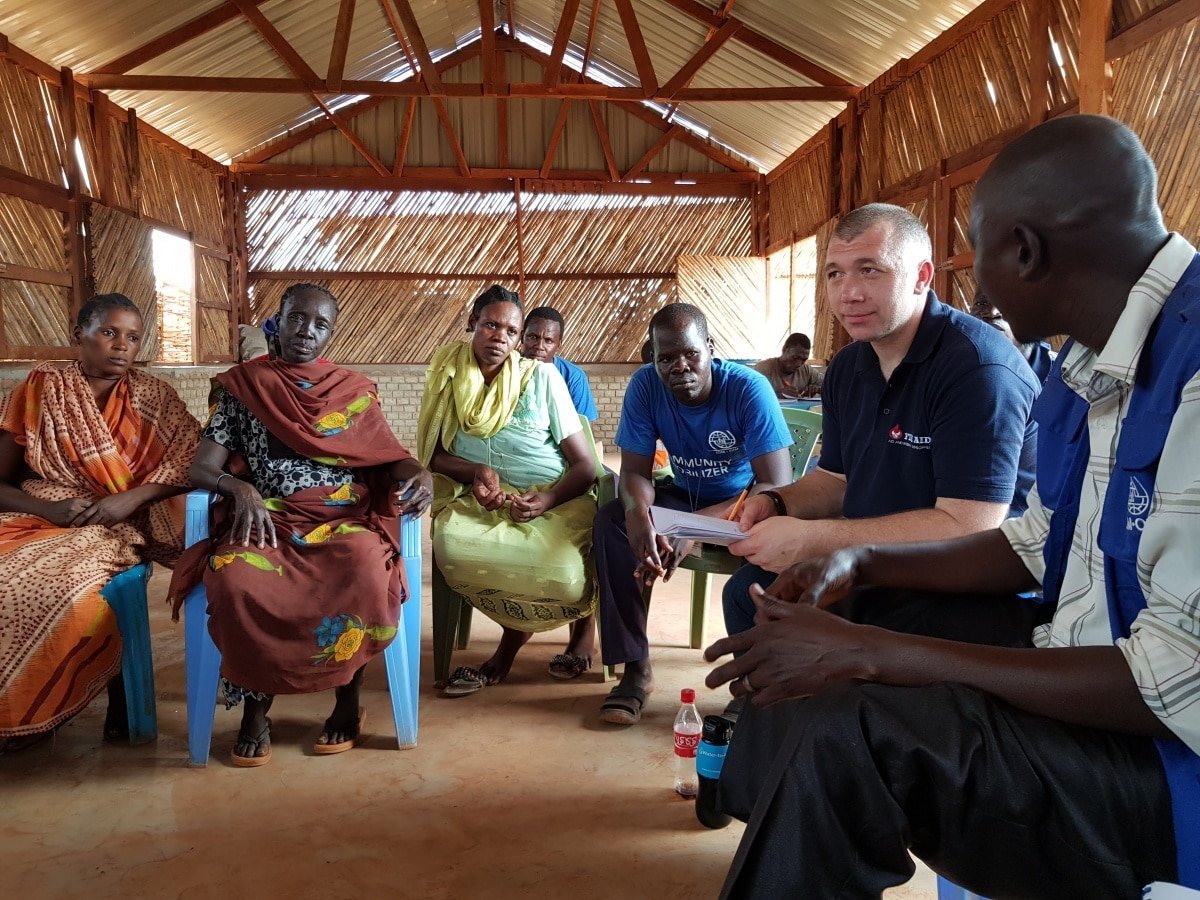 Both Steve and Adrian would like to thank FIRE AID for supporting them in this trip to make a difference, and all the staff and community representatives they have met out here that have been so friendly and helpful. We hope to continue our valuable work in the area over the coming months.