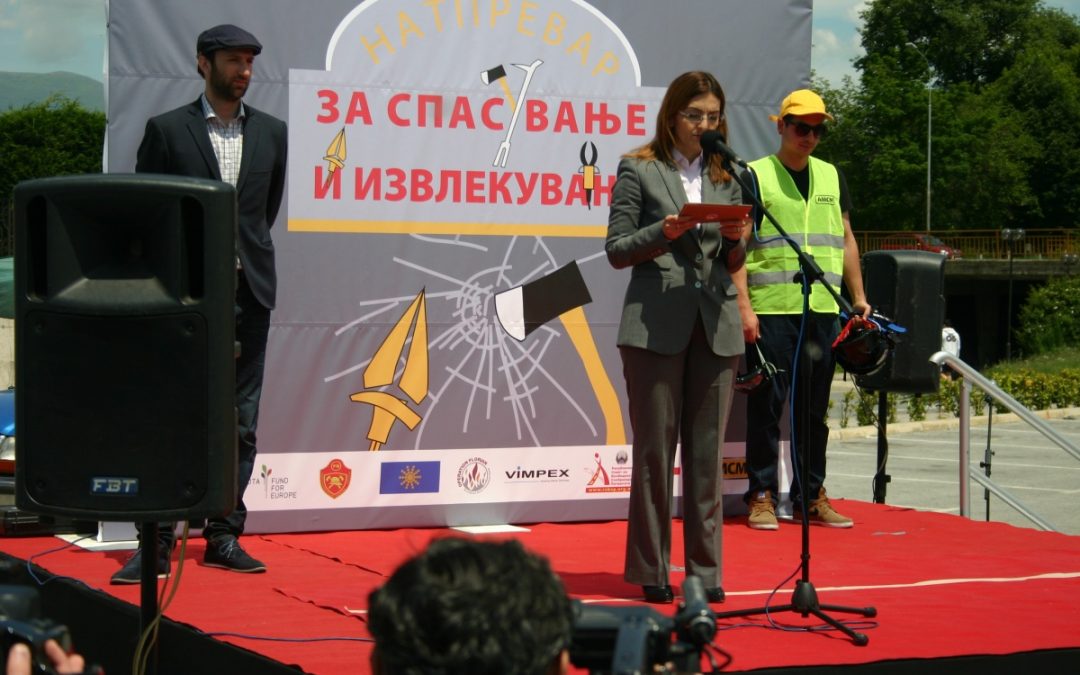 In May 2014 Operation Florian’s Macedonian team, as part of its continuing programme of capacity building of municipal fire services,  successfully supported the first Macedonian National Extrication Challenge and developed a national road safety schools programme to be delivered by firefighters in September 2014.

In May 2014 Operation Florian’s Macedonian team, as part of its continuing programme of capacity building of municipal fire services,  successfully supported the first Macedonian National Extrication Challenge and developed a national road safety schools programme to be delivered by firefighters in September 2014. Both elements of the project were supported by the Toyota Fund for Europe.

The extrication challenge represents a significant step in the overall development of the rescue capacity of the fire services in Macedonia.  It was attended by over 150 firefighters from around the country and 50 firefighters competed in 8 regional teams at the Boris Trajkovski Sports Arena in Skopje. It was the first event of its kind in the country, combining a range of technical and challenging rescue scenarios for each team, and a platform to present key road safety themes to over 150 visiting members of the public and school children.

The success of the challenge was attributed to the wide partnership approach. The Directorate of Protection and Rescue undertook the role of lead agency for staging the event. AMSM (Automobile Association of Macedonia) led on PR and assisted the National Council for Road Safety in developing the road safety elements. The ZELS Fire Service Network provided the lead role for the preparation and coordination of all the fire services attending and Rescue Organisation Ireland, as lead members of the World Rescue Organisation, provided the technical capacity for staging the event. Finally, the logistics of the day and the hard work of the volunteers of Sveti Nikole and Cair Volunteer Fire Departments demonstrated a real commitment from all quarters in Macedonia to making the event a real success. 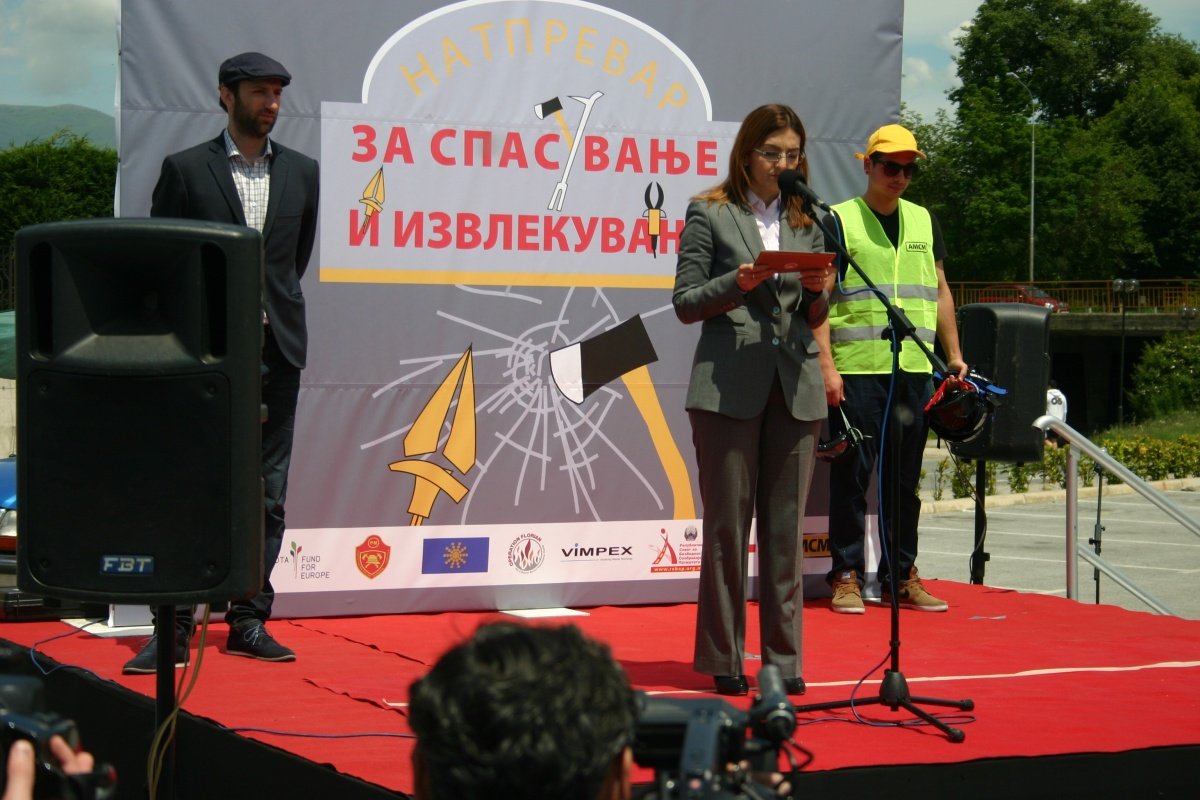 As a mark of the government’s commitment to reducing road fatalities, the Minister of Interior Ms Gordana Jankulovska, attended the challenge contributing with a keynote speech which acknowledged the importance of road safety and pledging support to the UN Decade of Action for Road Safety.  She demonstrated ‘beer goggles’ as they are known in the UK (drunk glasses in Macedonia), to demonstrate the effects of alcohol on vision.

Since 2007, Operation Florian has committed considerable resources and personnel, working in partnership with municipalities and national government agencies, to improving the rescue capacity of the fire service and skills of firefighters.  Prior to Operation Florian’s involvement in the country there was a minimal response capacity from the fire service to road traffic collisions.  Operation Florian provided instructor training in 2013 which led to a Macedonian team participating in the UK Rescue Organisation national extrication challenge thus enhancing their understanding of the benefits of the challenge.

Encouraged by operation Florian, the National Fire Service Network, a representative body of the Fire Services, was formed within the ZELS (Association of Local Self Governing Units) structure.  The Network provides professional guidance to the Association, in particular providing advice on amending fire service legislation to make attendance at road traffic collisions by the fire service a statutory responsibility.

This success has been possible, in large part, due to financial support provided by Toyota and the Toyota Funding for Europe award.  The staff within the Macedonian Toyota branch played a significant role in supporting the overall project. There is no doubt that such support has and will continue to save lives as the fire service in Macedonia becomes more and more community orientated by being more involved in delivering education programmes.