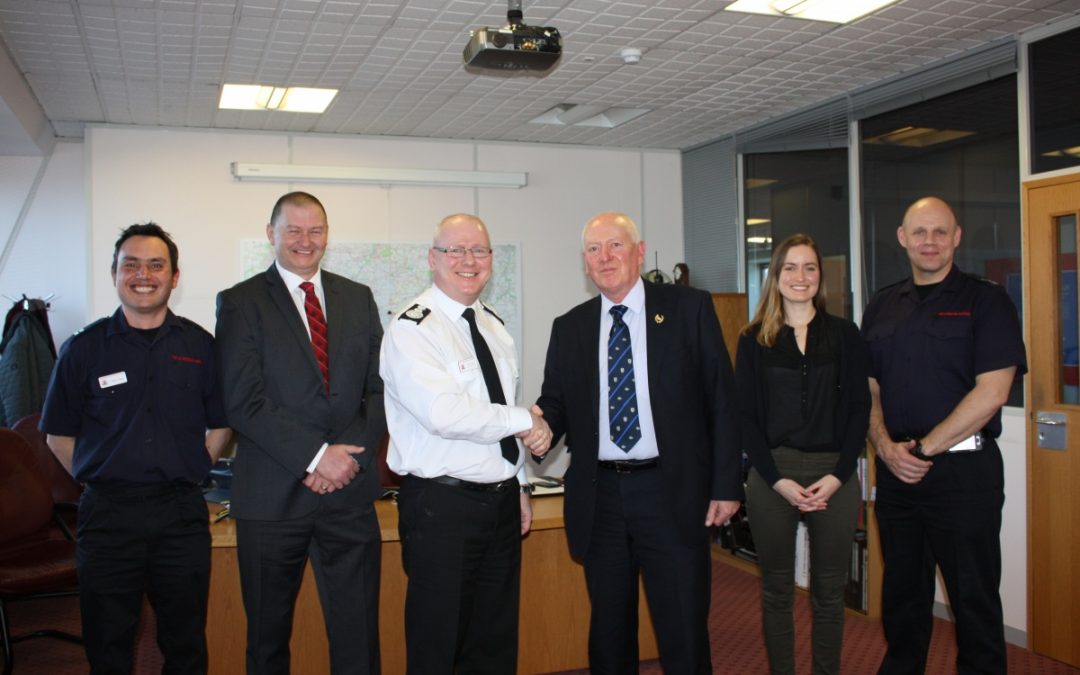 Every year a large quantity of life-saving equipment in good working condition needs to be responsibly disposed of by fire and rescue services across the UK. This occurs for a variety of reasons such as the lifeing policy of equipment, updates in technology, changes in risk, and health and safety commitments to personnel. In sharp contrast, firefighters and other emergency services personnel operating in communities elsewhere (particularly those communities at high risk of fire, road traffic collision, earthquake and other disasters) might respond to incidents without adequate vehicles, equipment, PPE or training – giving them little choice but to put both themselves and those they serve at risk.

In recognition of this, and via its successful partnership with UK charity Operation Florian and others, East Sussex Fire & Rescue Service ensures that all of its redundant fire appliances and equipment are, where possible, put to good use in other corners of the globe where donations of equipment can vastly improve the safety, confidence, skill set and capabilities of those receiving the aid – ultimately leading to casualty reduction and safer communities. Over 20 fully equipped fire appliances from East Sussex Fire and Rescue Service with equipment such as road crash cutting gear and breathing apparatus can be found operational across Europe, Africa and South America. 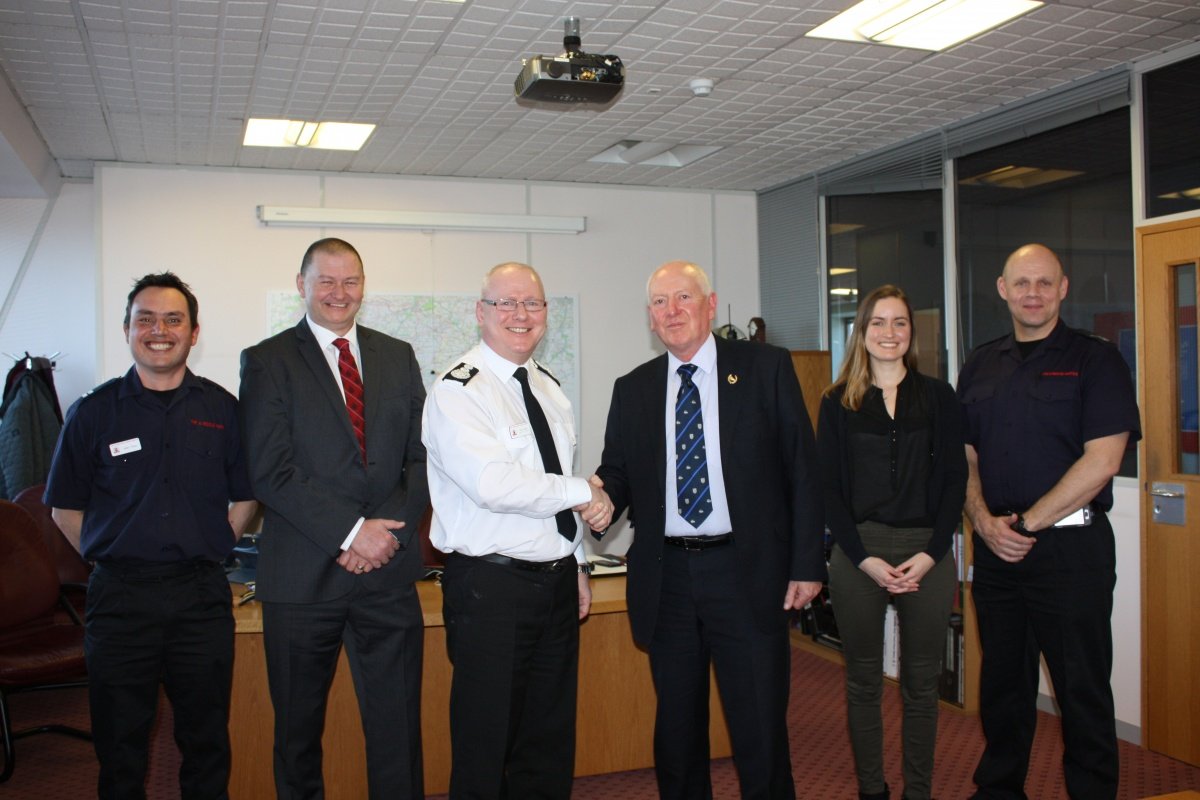 “Many East Sussex personnel have selflessly volunteered to contribute to projects across the globe, with the full support of the Service. They are able to share their skills to benefit others, as well as contributing to their own personal development.

“The international Fire and Rescue community is very strong and we will always be there to support and help each other. We are in a privileged position in our Service.

“We have the resources to ensure we provide the right equipment to our firefighters, who in turn protect the public. It is only right that we do what we can to make it easier for our fellow fire services overseas to do the same. I am proud of the contribution our staff make in turning this aim into a reality.”

A specific example of the Service’s commitment to the ethical, sustainable and responsible donation of its equipment is the project being conducted in the Republic of Moldova which has the third highest road fatality rate in Europe and is at high risk of flooding and earthquake. Local fire services using the ESFRS appliances and equipment can point to survivors extricated from vehicles in Ialoveni, for example, who would have added to Moldova’s road fatality rate had it not been for the project. Crews have reported that appliances are more economic in terms of fuel, have greater and more efficient pumping rates, ladders that are more manageable, greater crew comfort, and most importantly faster response times – to name just a few of the benefits reported during project evaluation. Read More 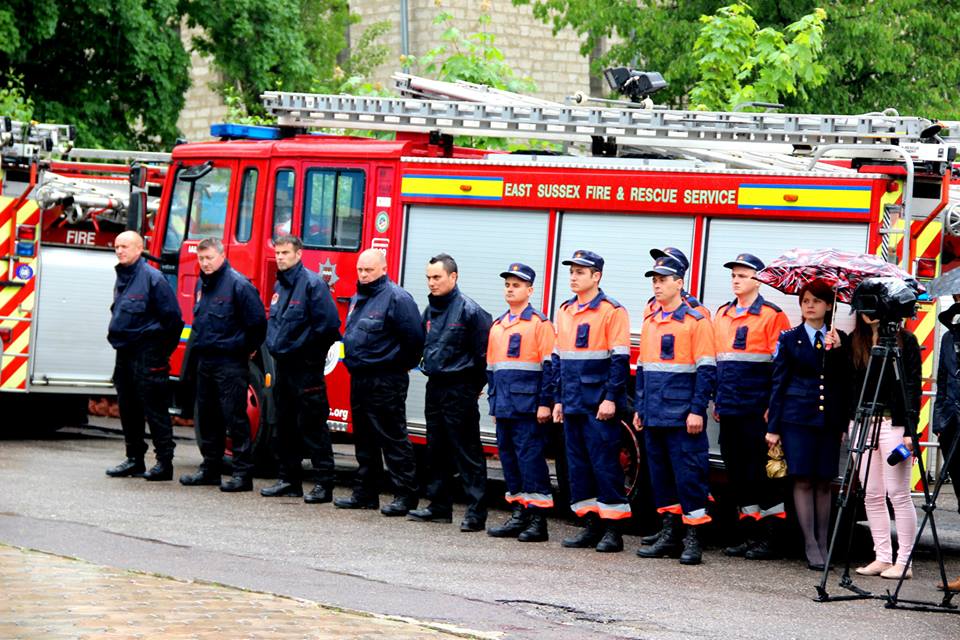 Several ESFRS appliances have been donated to the Republic of Moldova

In addition, East Sussex Fire & Rescue Service receives the assurance that all donations of appliances and equipment are made sustainably and safely with expert training provided by UK firefighters and other expert volunteers who use their annual leave to drive and deliver the fire appliances and equipment to the destination country, deliver instruction, or provide other skills.

Training provided may include firefighting techniques, road traffic collision response, water rescue, urban search and rescue, and other areas depending on the needs of the service and the items donated. Via its Memorandum of Understanding with Operation Florian, East Sussex FRS helps to enable this by allowing their personnel participating in projects to claim back a portion of their annual leave and by covering their insurance among other benefits. 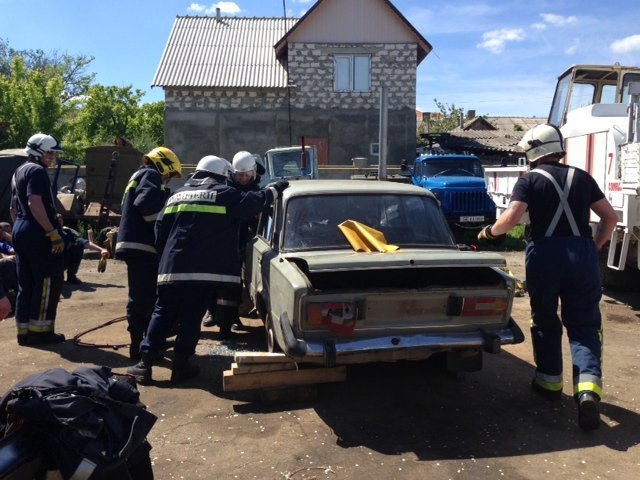 ESFRS personnel training firefighters in Comrat, Gaugazia, who were hosted by East Sussex in 2015

Many East Sussex personnel have volunteered to contribute to projects across the globe with the help of their service – sharing their skills to the benefit of others and contributing to their own personal development which in turn brings its own benefits to East Sussex Fire & Rescue Service. An example of which is highlighted on the ‘500 Ways’ UN Volunteers website which recognises the role of East Sussex FRS personnel in achieving the Millennium Development Goals: http://500ways.org/2015/08/18/operation-florian-firefighting-in-moldova/

Operation Florian is a founding member of FIRE AID, chaired by Jim Fitzpatrick MP, an association of UK organisations with a mutual interest in providing ethical and sustainable donations of fire and rescue aid and training to those in need of such assistance. It was formed in 2012 by a group of like-minded organisations who have been operating for many years, successfully donating equipment, training and expertise to over 30 countries: View Project Map. Among other areas of work, FIRE AID provides guidance for donation projects, manages an equipment database, and provides a forum for discussion on issues relevant to its members. Further information can be found via www.fire-aid.org

The Scottish Fire and Rescue Service makes its first equipment donation to FIRE AID.
18 May 2021