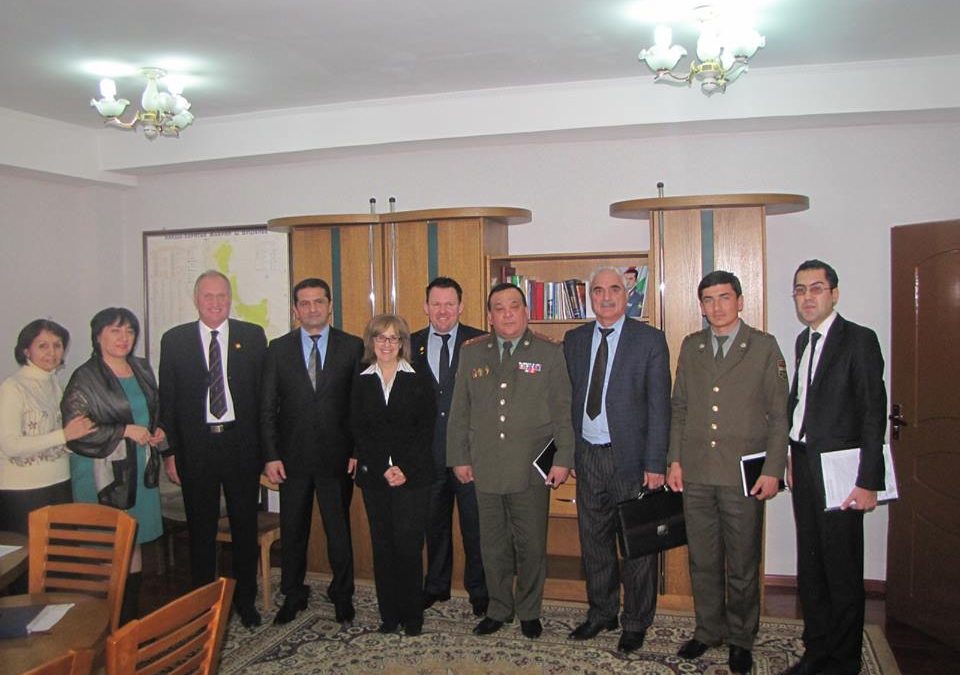 During the first week of March 2015, a team from FIRE AID travelled to Central Asia to Tajikistan to meet with various stakeholders involved in emergency response, with a particular focus on the response to road traffic collisions which currently cause 18.1 deaths per 100,000 population – a considerably high road death rate.

During the first week of March 2015, a team from FIRE AID travelled to Central Asia to Tajikistan to meet with various stakeholders involved in emergency response, with a particular focus on the response to road traffic collisions which currently cause 18.1 deaths per 100,000 population – a considerably high road death rate.

The FIRE AID delegation consisted of Emma MacLennan (Director of EASST and Deputy Chair of FIRE AID), Alfred Wilson (Chair of SESHAA and Steering Committee of FIRE AID), Mike Pitney (Kent Fire and Rescue Service and Steering Committee of FIRE AID), and Julie Utting (EASST and FIRE AID), all travelling to the capital Dushanbe for the first time. The team were assisted by EASST’s local partner, Young Generation Tajikistan, who are currently conducting a road safety project seeking to reduce road deaths in the Firdavsi District of Dushanbe. 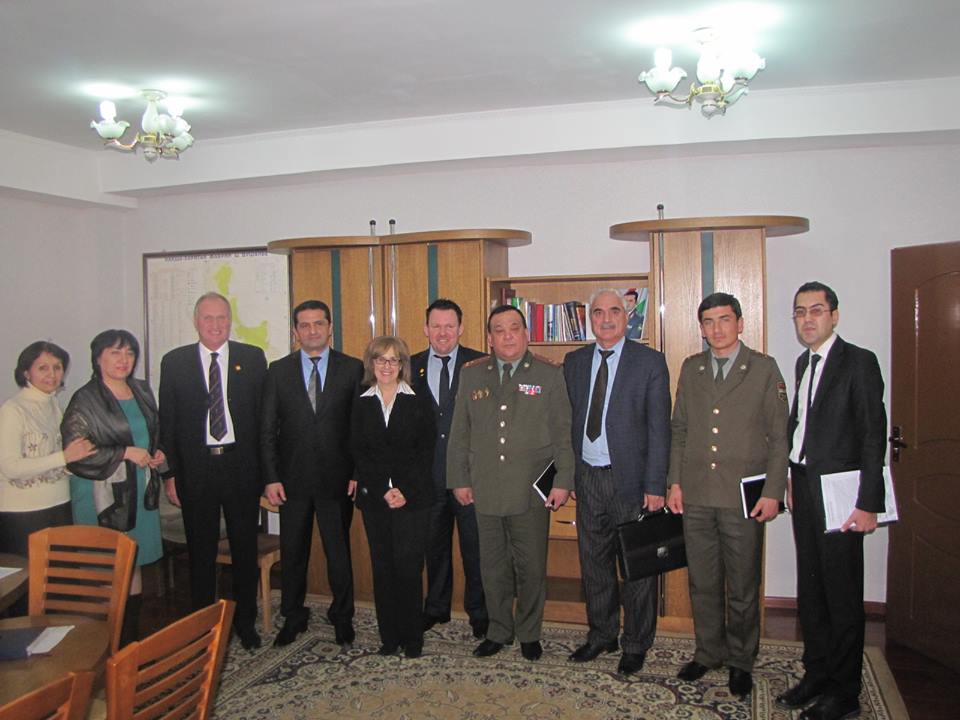 The team were warmly welcomed to Dushanbe by Chief of the Republican Fire Service, General Mammadov Nozim Ibrohimovich, who helped the UK delegation to gather information regarding the structure and capabilities of the Fire and Emergency Services of Tajikistan – understanding its provision of fire and rescue vehicles, equipment, training and how firefighters respond to incidents. Many topics were discussed including community safety education programmes, vehicle capabilities and age, risks faced by the fire service, response to RTCs, natural disasters, call handling and structures, incident command, training for firefighters, multiagency training and structures, PPE provision, BA, and fire investigation among other key topics. 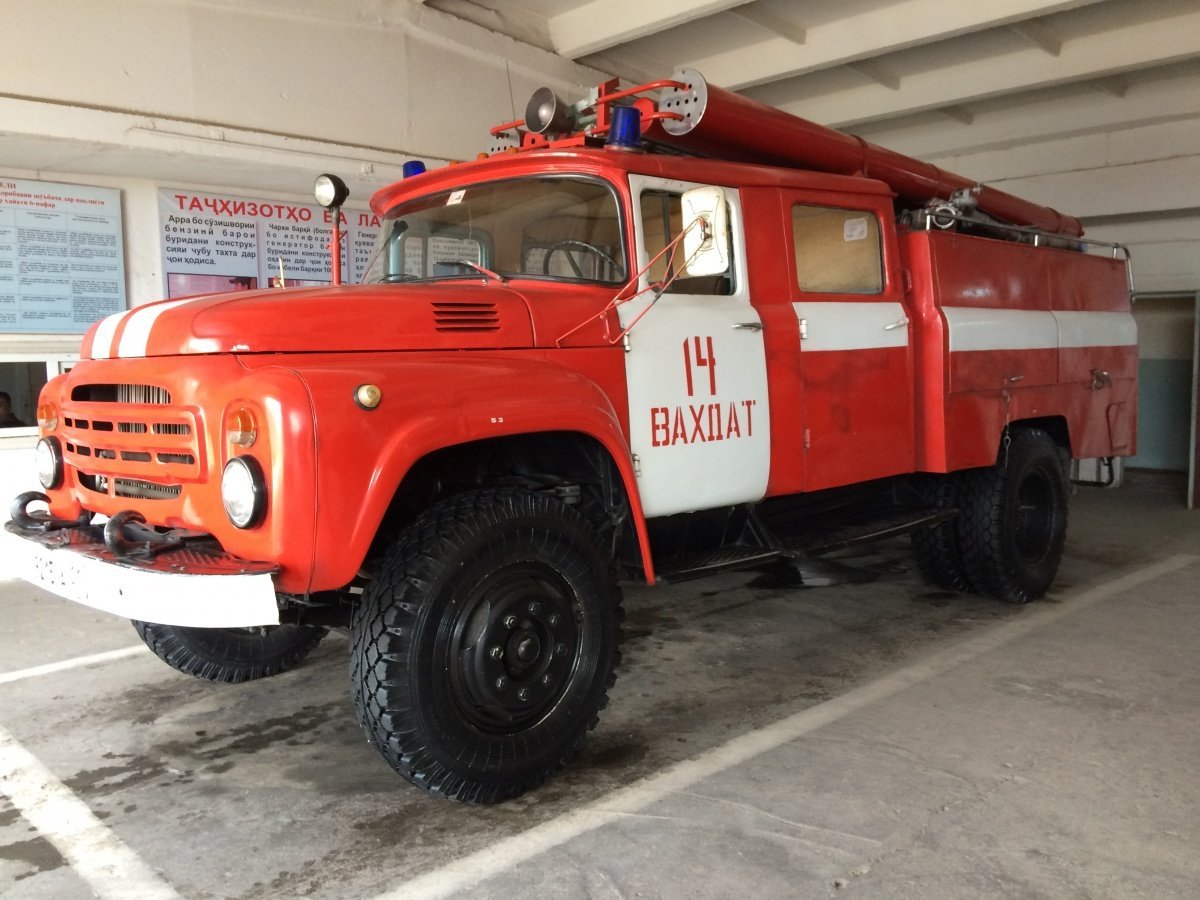 The firefighting appliance at Vakhdat

With General Mammadov the team visited the firefighting training centre in Dushanbe and then travelled to Vakhdat station, 20km from Dushanbe, where several demonstrations were conducted by Vakhdat’s firefighters. With General Mammadov’s deputies, the team then drove further south to Dangara fire station (part of the Khatlon region) which covers 50 villages. Firefighters stationed there have one vehicle over 25 years old, yet are situated on a key international road route connecting Tajikistan’s neighbouring countries. The team travelled further south to Voce, close to the Afghan border, where firefighters also have one fire engine covering large distances and the main highway.

Following their fire station visits, the team held several high level meetings in the capital with Deputy Minister for Internal Affairs Navjuvonov Abdullo Shanbievich, General Mamadov of the Republican Fire Service, a representative of the Committee for Emergency Situations, and representatives from Ministry of Health. The Deputy Minister thanked FIRE AID for their visit and commitment in supporting Young Generation Tajikistan and our interest in relation to road traffic collision prevention and intervention. The meeting was informed about the findings of the group in relation to the RTC extrication capacity of the Fire Service stations visited and the lack of RTC capability and resilience for such incidents. 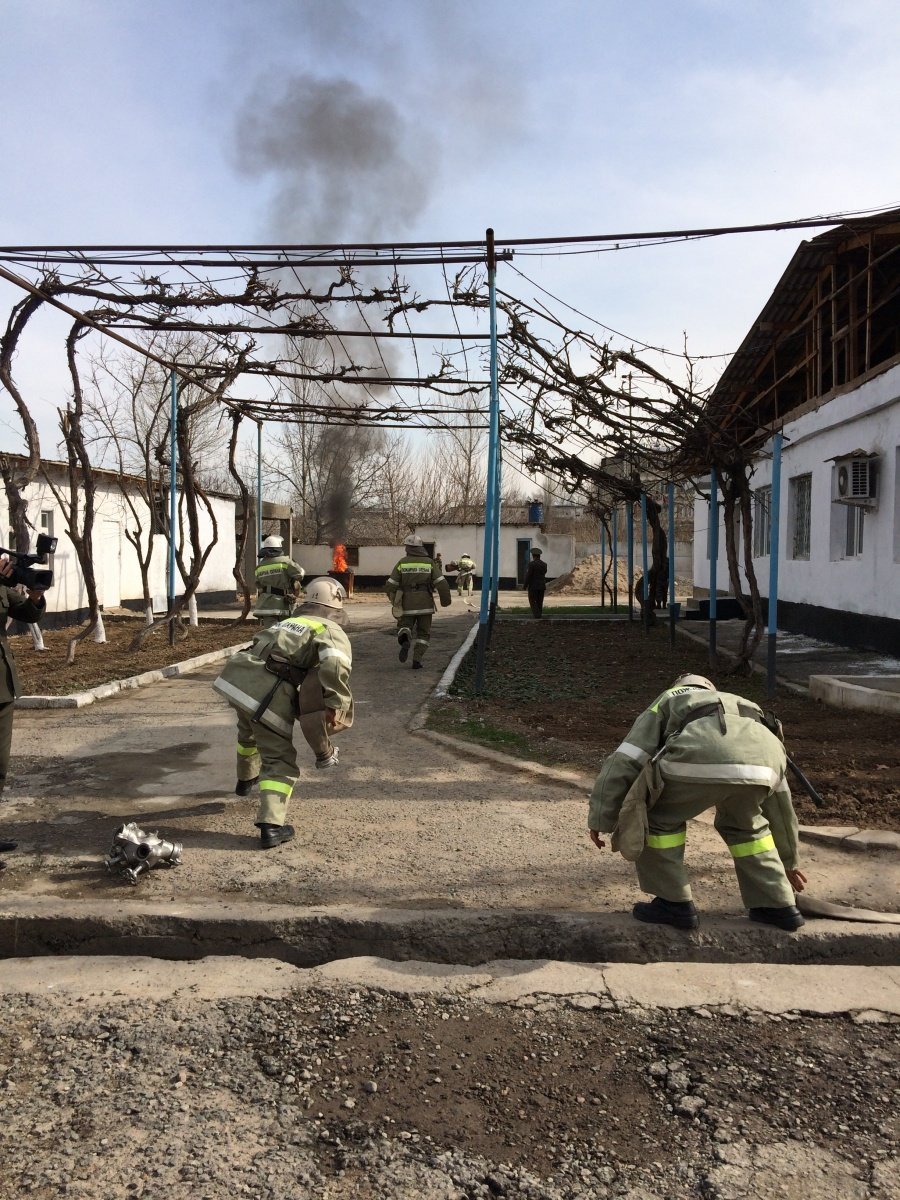 Firefighters carry out a demonstration

Meetings were also held with UK Ambassador Philpot and Bob Leverington (Head of DFID Office) to inform them of the work of FIRE AID, Chief Doctor Jalol Abdulloevich of the Dushanbe City Clinical Hospital to review the capacity of the ambulance service, Deputy Minister Olimov Nasim, Head of the Department on Emergency Care, and with Major General Saidzoda Makhmasaid Boro Head of the Road Police of the State Road Inspection Department (GAI) who expressed an interest in signing a memorandum of understanding to collaborate on road safety awareness education and other projects. This was welcomed by the team as a key element of ongoing work in Tajikistan.

The team concluded their visit with discussions with General Mammadov on how partnership between the UK and Tajikistan might develop with many ideas and strategy discussed for future cooperation. Further news will be published on the FIRE AID website in due course. 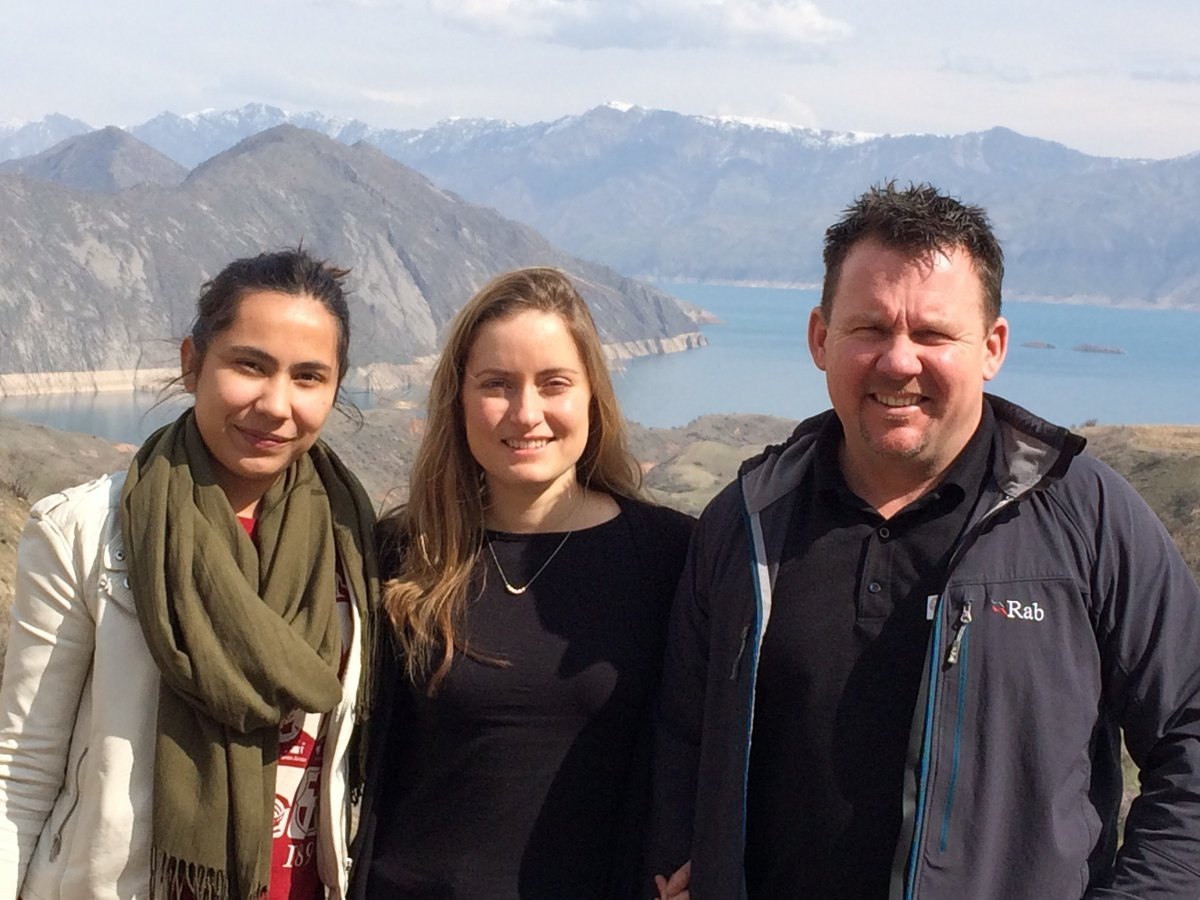 FIRE AID would like to thank Naimjon and Kumush of Young Generation Tajikistan, General Mammadov, SESHAA, Kent Fire and Rescue Service, and EASST for their contribution to this visit. This visit has been funded by the UK Department for International Development.