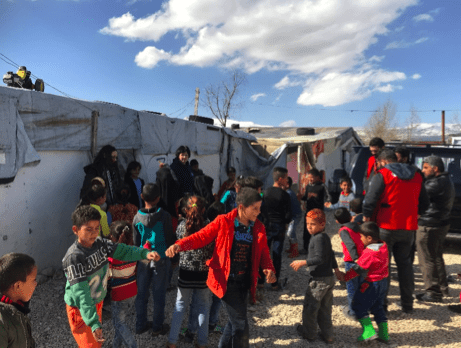 Throughout June 2021, FIRE AID member Women in the Fire Service (WFS) delivered a suite of virtual online training events aimed at Lebanese women from a range of different professions including, fire-fighters and engineers. The training, funded by the Lebanese Reforestation Imitative (LRI) covered a variety of disciplines including, road traffic collision and leadership, it was aimed at inspiring and supporting women working in the emergency services.

Nicky Thurston, Inclusion Officer at Kent Fire and Rescue Service, gives an overview of these online events below.

“WFS has had relations with Lebanon in terms of Fire Safety for some years through Operation Florian. Steve Jordan (Greater Manchester FRS) led the Operation Florian project working with Save the Children delivering Fire Safety advice to Syrian refugee communities in the NGO informal tented settlements and sub-standard buildings in and around Beirut. 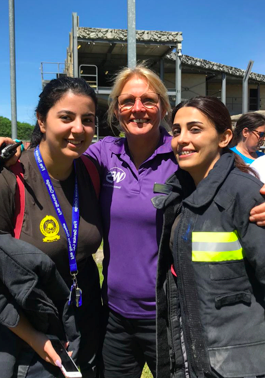 Through that project, we recognised women had a vital role to play in community safety. And we established links with the Lebanese Civil Defence (LCD). In Lebanon, the fire service is part of the army, there are a few paid firefighters, but most are volunteers. Volunteers are predominantly men, but increasingly, women are interested too. We are seeing traditional gender stereotypes challenged like they are in the UK.

In 2019, Rose and Sabine, volunteer firefighters from Lebanon, joined us at the WFS training and development event. They found the experience incredible and have since done amazing things in Lebanon. Currently, there are no female leaders in terms of rank/role within the fire service, and women primarily offer casualty care, scene stabilisation etc. So it is vitally important that we are visually able to show just what women can do in the sector.”

“In 2018/19 Lebanon experienced horrendous forest fires. The potential for women to support the community by way of fire intervention was seen as a huge opportunity. The Lebanese Reforestation Alliance contacted Women in the Fire Service UK to ask if we could help engage women in firefighting. Happy to assist, we had hoped to travel to Lebanon to run a conference with volunteers to engage other potential volunteers when COVID-19 hit. Some of us only made it to the airline departure lounge when Lebanon was officially shut!

Undeterred and determined to build on our relationship for International Women’s Day, we hosted an online event where WFS representatives talked about their experiences. It was so well received, we were approached to deliver a programme of four online workshops, each for over 50 participants through May and June 2021.”

Nicky Thurston: “It’s hugely inspiring as so many strong and confident women in Lebanon are now starting to drive change in their country.”

“Rose and Sabine were welcomed back and they talked about their achievements in Lebanon. They were supported by Station Manager Kate Sands (East Sussex FRS), Station Manager Liana Selecka-Jones (Cumbria FRS) and Crew Manager Sarah Simpson (Scottish FRS) who gave hugely powerful personal accounts of their firefighting careers.

The event was well attended by Lebanese women in a variety of roles and very positively received. It has been hugely inspiring as so many strong and confident women in Lebanon are now starting to drive change in their country.”

FIRE AID’s Coordinator, Claire Hoyland was able to join the session on road traffic collisions. She said: “In May 2021, FIRE AID and other partners delivered an online stakeholder event to discuss the post-crash response capabilities of the Lebanese emergency services. WFS training delivered excellent best practice techniques to help tackle many of the issues raised during this high-level meeting. The training not only included excellent and relevant information but it was brilliantly delivered” 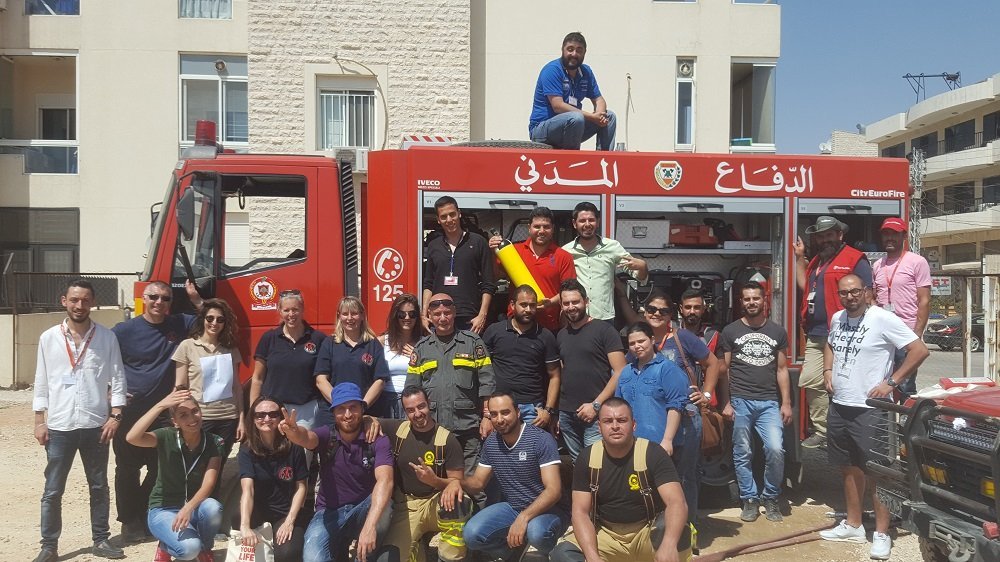