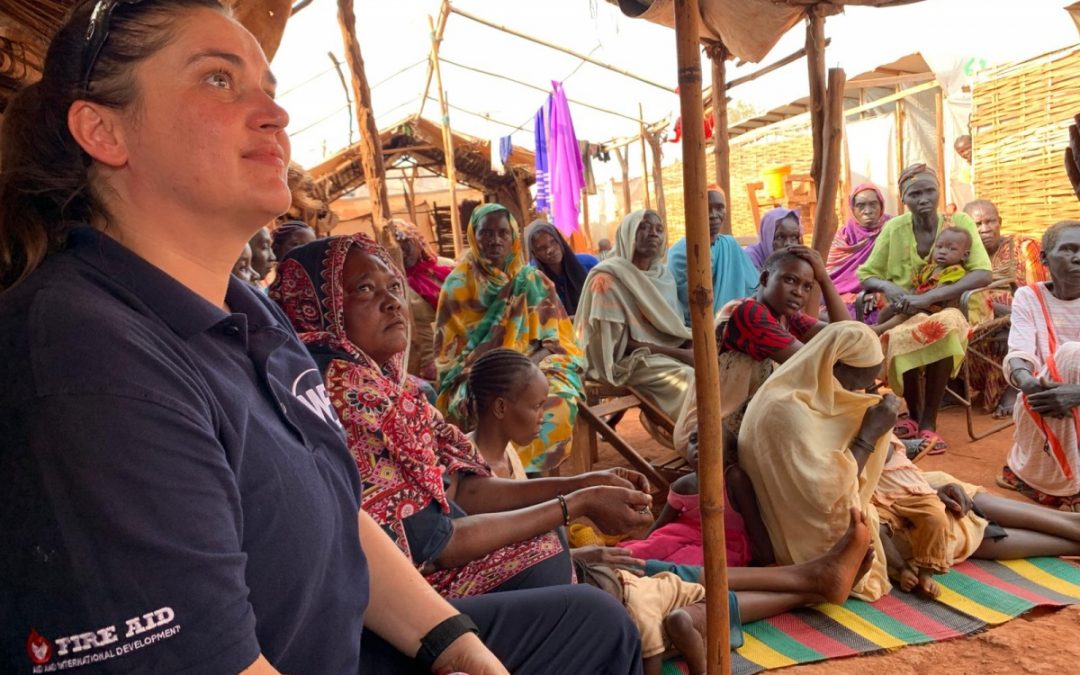 Following the success of our first FIRE AID project to South Sudan supported by the United Nations International Organisation for Migration (UN IOM) in March 2018 our team were invited back to Wau Protection of Civilian (PoC) site in November 2018 to implement the fire safety recommendations published in our Fire Risk Reduction report as well as carrying out a further assessment on Bentiu PoC site.

The team of 6 experts primarily made up of female firefighters who are part of Women in The Fire Service (WFS), a key partner and member of FIRE AID, have recently returned from South Sudan having carried out this fire safety training.

Deputy Team leader Jenny Hill said “From the start this was a challenging deployment, South Sudan is one of the most dangerous countries for NGO’s to work in, but thanks to the support provided by the IOM, we were able to work and travel safely”.  A team of 4 trainers led by Jenny travelled to Wau to deliver a bespoke fire response and community fire safety training package at the Protection of Civilian site (PoC) in Wau.  This was as a result of a recommendations from a previous FIRE AID assessment.  Jenny went on to say “We were able to work with the local camp staff to understand the issues that they are facing and the problems that fires presents in crowded camps like Wau, especially in the dry season.  Not only will they be able to help reduce the risk of fire with their fire safety training, but if a fire was to break out, they now know how to deal with the fire.” This is important as there is a very limited fire fighting capability within the PoC’S. 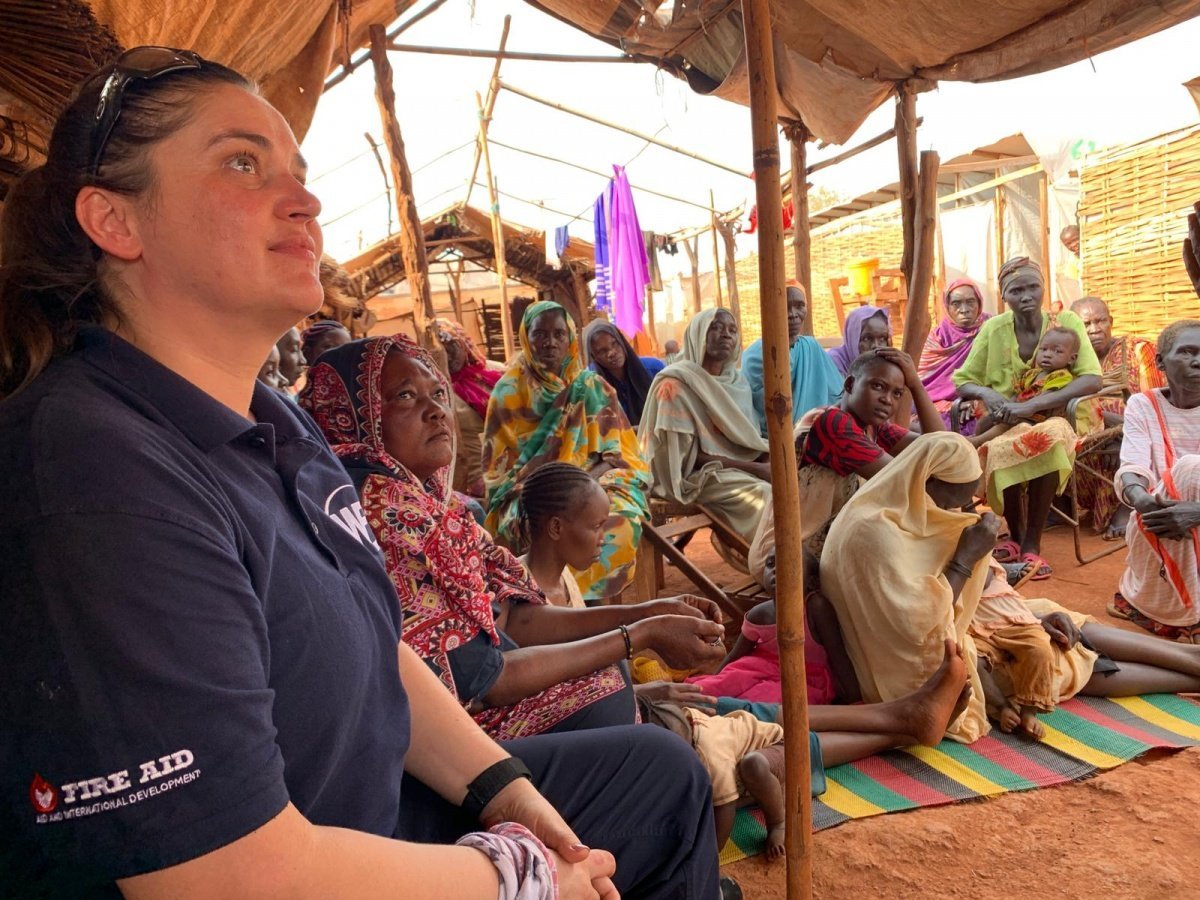 A second team from Fire Travelled to the POC at Bentiu.

Jenny Nangle one of the fire safety experts said of Bentiu, “This is in effect a large city, within the confines of the camp over 115,000 people live in improvised shelters and then there are markets, schools and hospitals as well.  With a very limited fire response, the risk of a large fire is always present” Jenny went on to explain that unfortunately, this was shown when a large fire broke out in a market in the early hours.  This was the third such large fire during the year and whilst no one was killed on this occasion, there were a number of injuries and local reports of over 400 market shelters being destroyed.

Team leader and one of the trustees of FIRE AID Adrian Brown said “the devastating fire in Bentui during our visit just shows why it is so important that a Charity such as ours continues to help with training and fire safety.  Because of the violence that women in South Sudan have been exposed to, over 100 were subject to serious sexual assault just outside the Bentui camp while we were there, to be able to take out a team from Women in the Fire Service helped greatly.  They could get these traumatised people to open up and were welcomed whereever they want, frequently being called ‘sister.’ In fact at one meeting when Jenny explained what she did and who she represented, all the women present broke out in spontaneous applause to show their admiration and thanks.”  Adrian finished by saying “without doubt, this team from WFS, who give up their time and money, to travel to a conflict zone, eat and stay in some challenging areas and then work in these very tough conditions, are a credit to FIRE AID, The British Fire Service and their own individual Services” 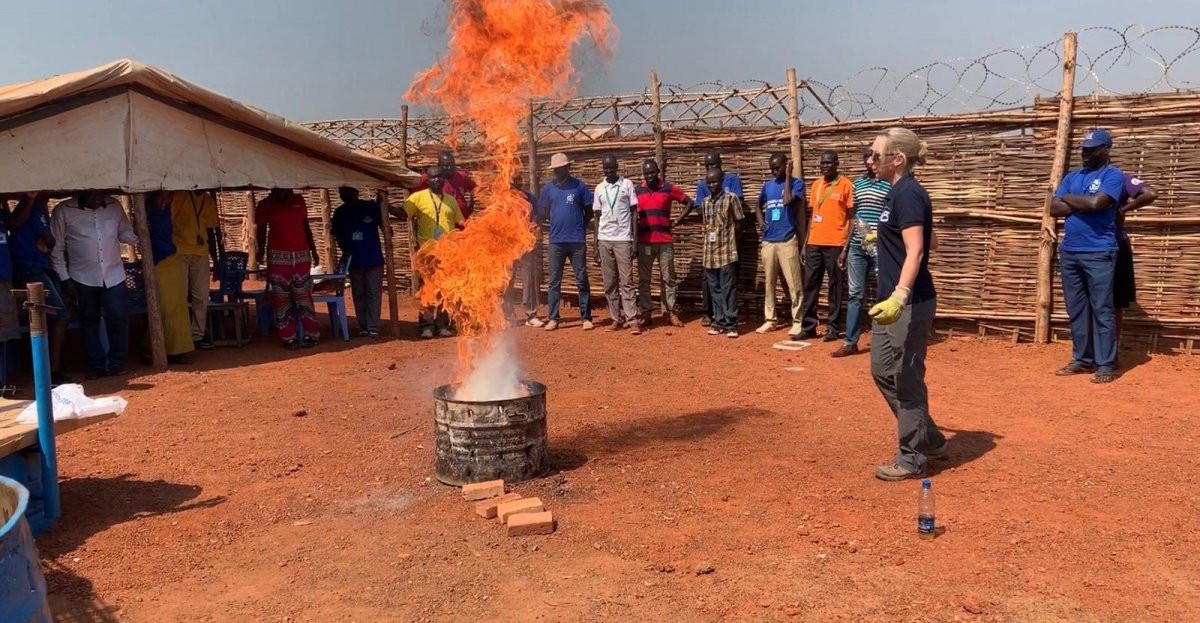