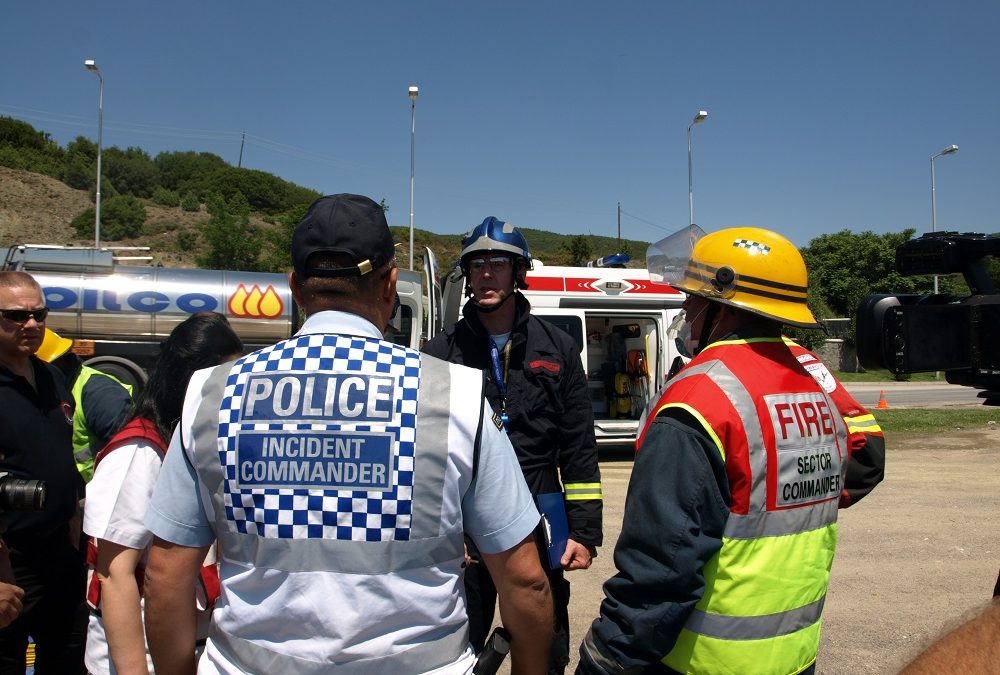 The Operation Florian project team have been working in partnership with police, fire and ambulance service first responders to successfully complete the first ever joint emergency service inter-operability training (JESIP) programme in Macedonia.

The Operation Florian project team have been working in partnership with police, fire and ambulance service first responders to successfully complete the first ever joint emergency service inter-operability training (JESIP) programme in Macedonia. 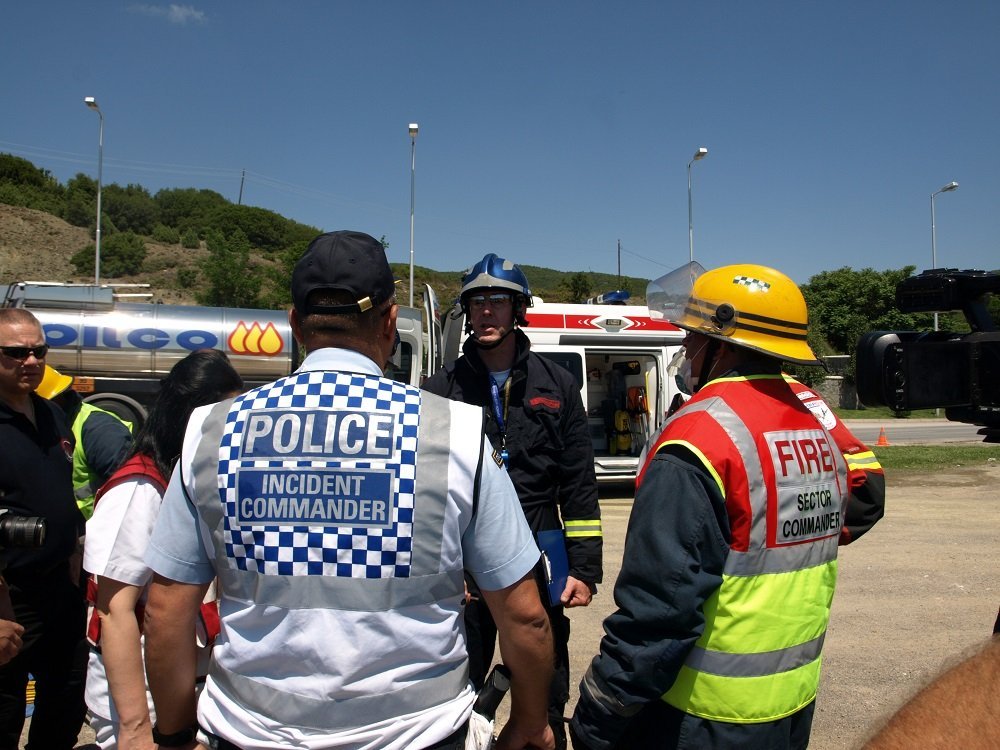 Project Manager Steve Jordan said “The purpose of the project was to introduce blue light services here in Macedonia to the UK JESIP model, to improve initial command, control and coordination of activities for front line responders when arriving on scene at an emergency incident.”

The workshops were based on the joint emergency service response to road traffic collisions in recognition of the large number of road deaths annually – reflecting Operation Florian’s and Macedonia’s commitment to the UN Decade of Action for Road Safety and Pillar 5 ‘Post crash response’. 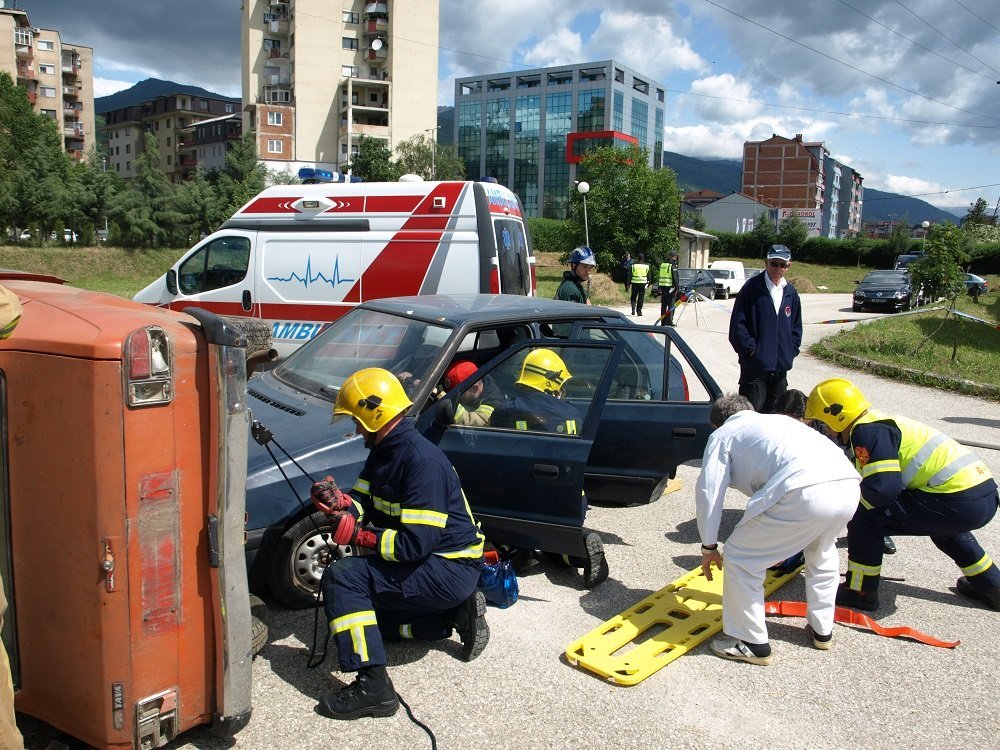 Volunteers from Operation Florian, supported by a paramedic from the UK North West Ambulance service and a former UK Police Officer from the OSCE, delivered three JESIP workshops in Valandovo, Tetovo and Skopje.  Each workshop was delivered in a day to police, fire and ambulance staff and focused on the practical aspects of the JESIP model. Training was provided around the five guiding principles of JESIP, co-location, communication, co-ordination, understanding risk and shared situational awareness. The joint decision making model was introduced to all on-scene commanders,  thus helping them to bring together all the available information, agree upon operational objectives and make timely and effective command decisions.

A systematic approach to evaluate the impact of the workshops on the attendees was used each day to establish what was being learnt and its impact. The beneficial  impact was clearly demonstrated by the evaluation and was also confirmed the day after the Valadovo exercise when a road traffic collision occurred involving a lorry. The driver was rescued in a multi-agency response as a direct result of the training and it was acknowledged by the police, ambulance and fire officers who attended the incident that the lessons learned the previous day had been applied to save the life of the driver and bring about a successful conclusion to the incident. 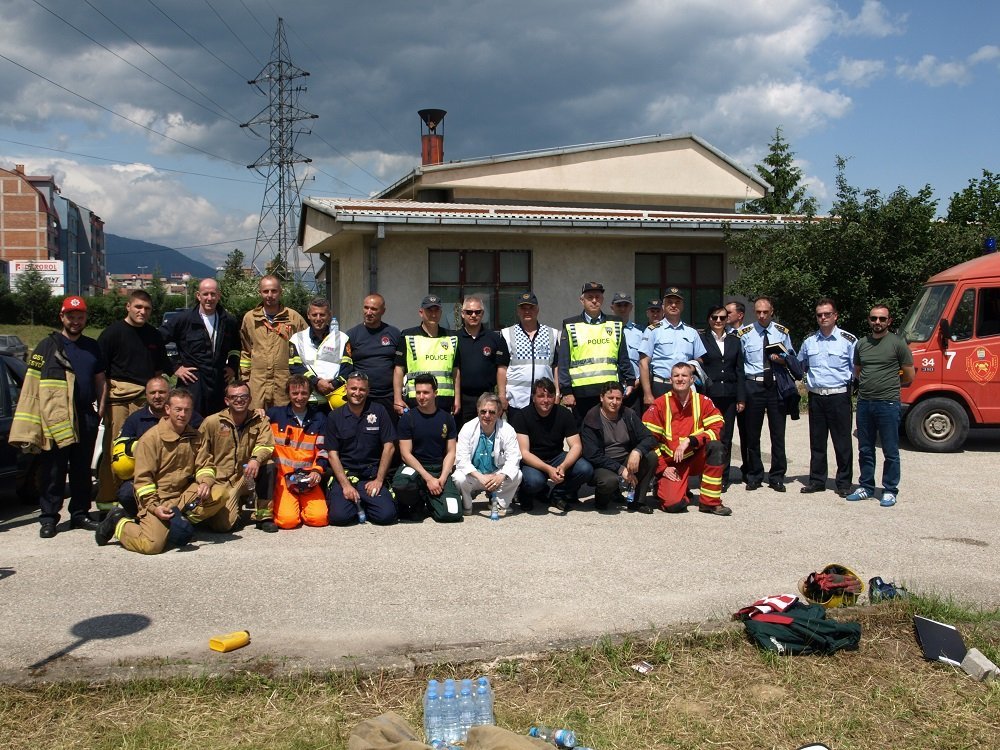 Steve Jordan went on to say “Improvements were clearly observed by the UK instructors throughout the training workshops, and I know that  this approach will lead to much more effective and hence potentially life saving response here in Macedonia.  Operation Florian is pleased to have been associated with this initiative and is grateful for the assistance provided by the relevant ministries, state and other institutions who all worked together in a mutually supportive way to deliver this highly successful outcome.”