Operation Florian partners with Save the Children in Lebanon 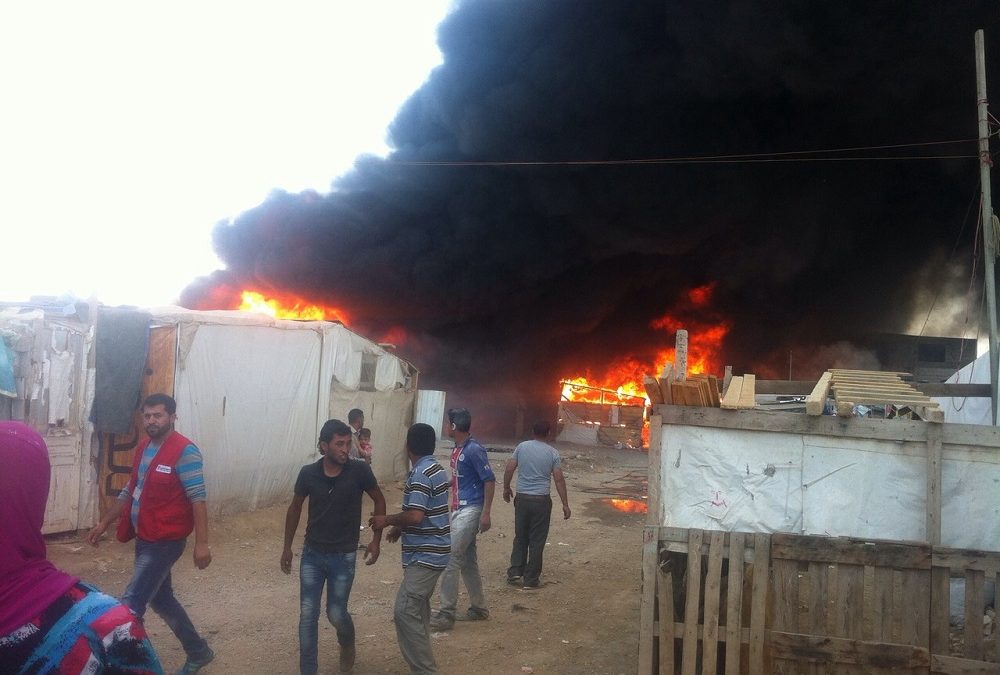 Operation Florian partners with Save the Children in Lebanon

FIRE AID founding member Operation Florian was invited by Save the Children to work in Lebanon for 3 weeks in August 2016 to undertake a fire risk reduction project in a number of informal settlements to reduce fire risks for Syrian refugees after a series of fatal fires.

FIRE AID founding member Operation Florian was invited by Save the Children to work in Lebanon for 3 weeks in August 2016 to undertake a fire risk reduction project in a number of informal settlements to reduce fire risks for Syrian refugees after a series of fatal fires. 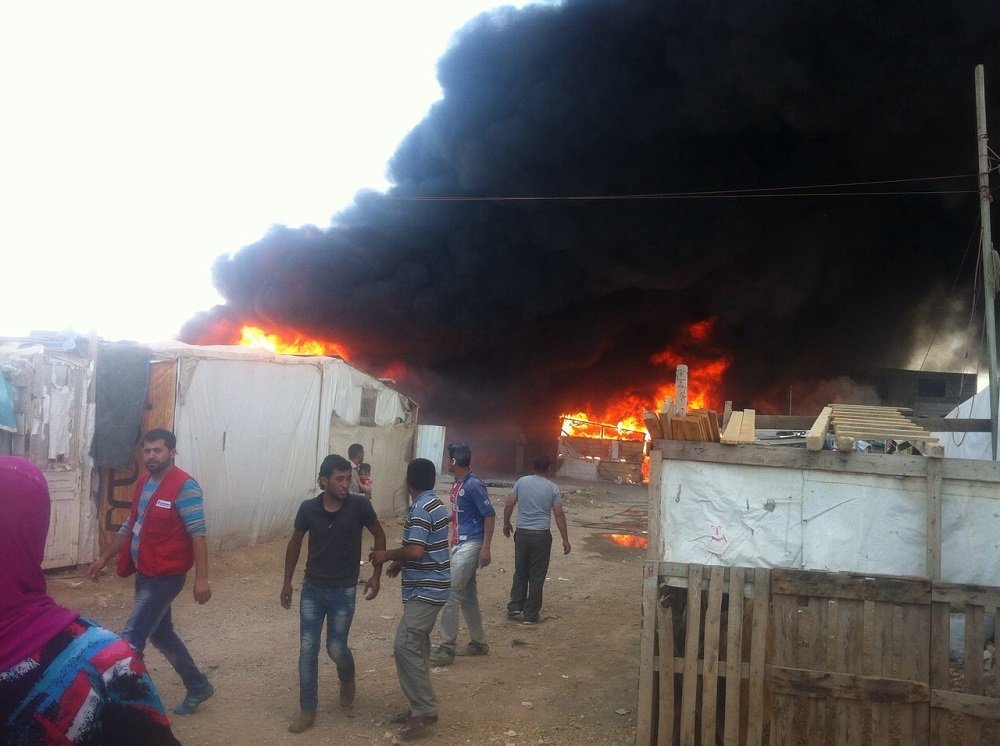 The risk of fire in informal settlements is high

Operation Florian over the past two years has built up expertise working specifically in refugee camps and informal settlements to evaluate how fire risks can be reduced adopting a holistic approach working with NGOs and communities.

Over 1 million refugees are currently registered in Lebanon, which already hosts the highest refugee population per capita in the world. This influx of people has created huge infrastructure pressures on the country in addition to a range of economic and social impacts.  Since the beginning of the Syrian conflict the Lebanese Government has prohibited the establishment of formal camp settlements. As a result, refugees have settled throughout the country, predominantly in the poorest areas in a range of accommodation settings: informal tented settlements, substandard buildings, collective centres and private apartments in both peri-urban and urban centres. 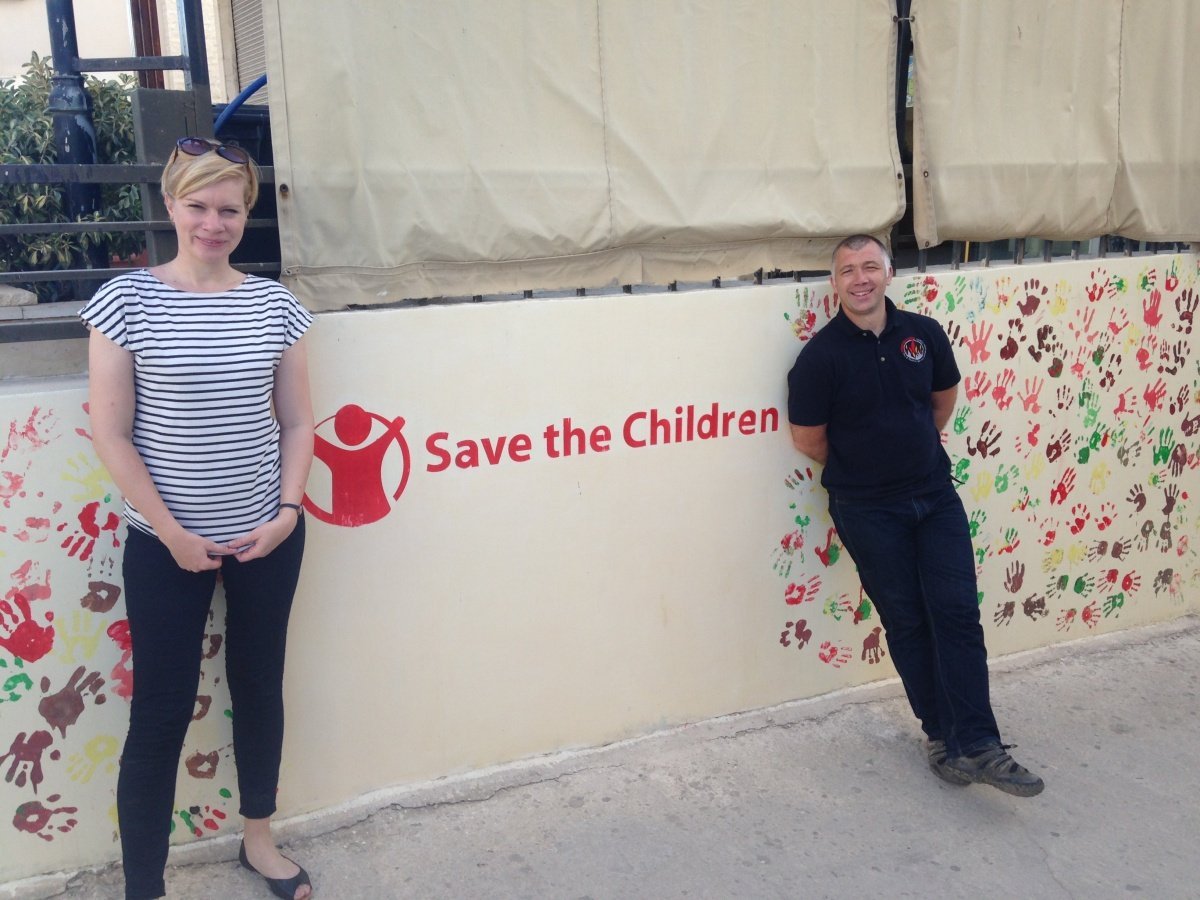 The Florian team have conducted work in this area in Lebanon, Thailand and Kenya

Consequently, usual humanitarian standards around disaster risk reduction such as site planning, design, certain infrastructure provision cannot be applied in this context. Tragically, it is estimated that up to 70% of Syrian refugees live under the poverty line and rely on aid. Refugees enjoy few legal rights. This has led to a number of fire deaths and severe burns injuries involving children.

“In 2015, 120 refugees were admitted to the Al-Salam Hospital, Tripoli, with severe life changing burns. 50% of these patients were aged between 0 – 5 years old. Of these 50% of the injuries were caused by fires and the other 50% were caused by hot scalds…..this is the tip of the iceberg” said a UN spokesperson. 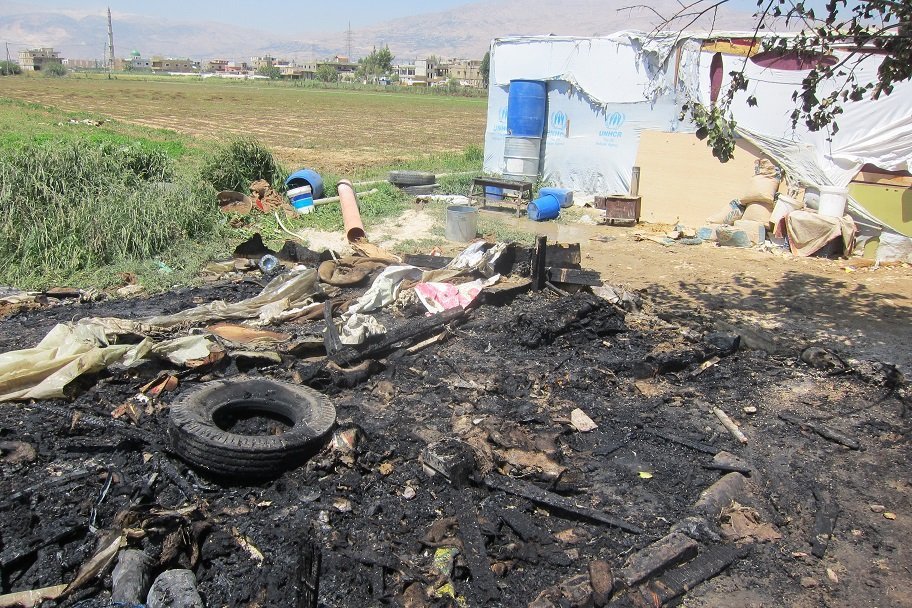 Working in partnership with Save the Children, the Operation Florian team visited 22 informal settlements and 10 sub-standard buildings and spoke to refugee leaders and communities. Additionally, the team had a chance to meet various representatives of NGOs working with refugee communities and work alongside the Lebanese Civil Defence to understand the challenges they face.

As previously experienced there were a number of common causes of fires, mostly involving cooking practices and electrical wiring.  But on account of the contextual and cultural differences the team were faced with a range of challenging issues.  Added to the fact that the displacement of refugees is incredibly wide which only reinforces the challenges.  This being considered the team identified solutions and recognised that there were opportunities to review existing strategies and build upon them to improve refugee safety.

After completing the report for Save the Children, it is hoped that Operation Florian can provide further assistance working with the Lebanese Civil Defence to continue the project of capacity building. The team would like to thank Dana Shdeed and Rayan Hajj from Save the Children for organising the visit.