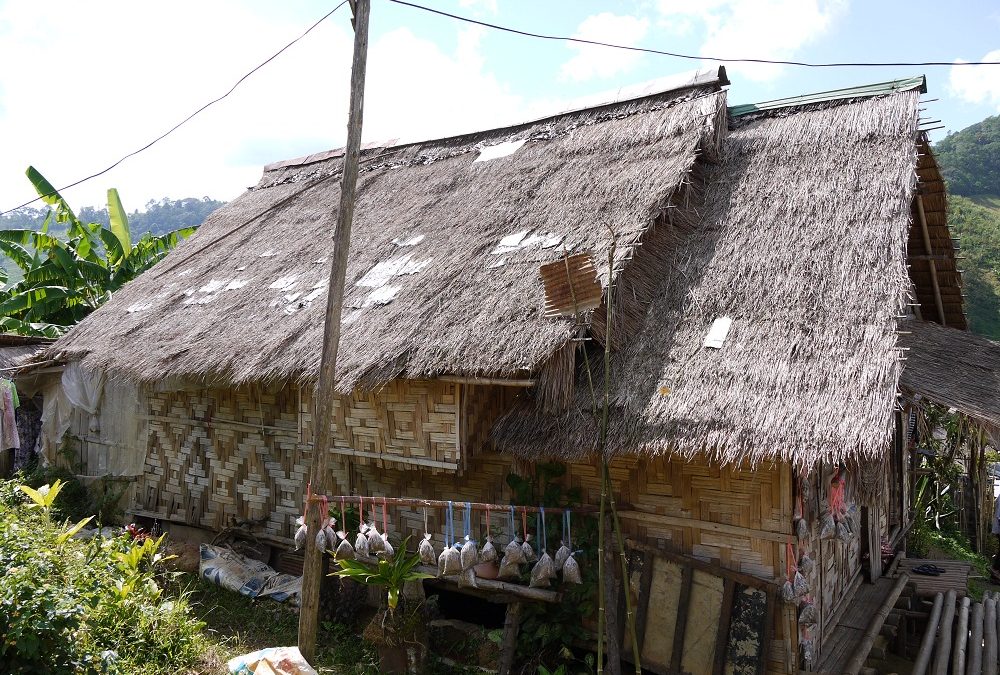 In April 2014 a request was received by Operation Florian from Corinne Day, Executive Director of the Committee for Coordination of Services to Displaced Persons in Thailand (CCSDPT), to carry out a fire needs assessment in a number of refugee camps on the Thai/Burma border.

In April 2014 a request was received by Operation Florian from Corinne Day, Executive Director of the Committee for Coordination of Services to Displaced Persons in Thailand (CCSDPT), to carry out a fire needs assessment in a number of refugee camps on the Thai/Burma border. In the past two years the camps have experienced a number of serious fires.  The most significant fire occurred on 22 March 2013 at the Ban Mae Surin refugee camp in Mae Hong Son Province tragically killing 37 Karen refugees and destroying hundreds of dwellings. 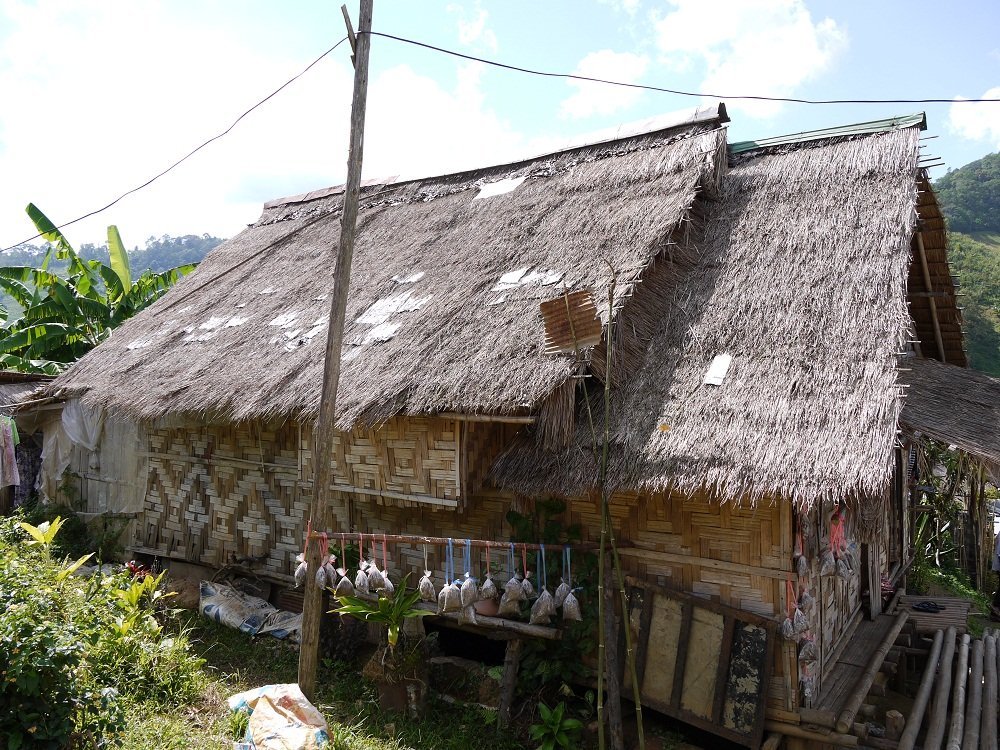 A typical house within the camp with water and sand bags, fire beater and hook

The CCSDPT, formed in 1975 as a communications network for NGOs, coordinates the different aspects of camp management and delivery of essential services such as water and sanitation (WASH), health, shelter, food, welfare and education in partnership with refugee associations and the Thai government. However, as discovered by the team, many aspects related to fire lack any clear coordination or immediate solutions.

The project request was the second in 12 months and provided another opportunity for the Operation Florian team to utilise their skills and extend their own professional knowledge to evaluate all aspects of fire prevention, preparedness and response within a refugee camp. 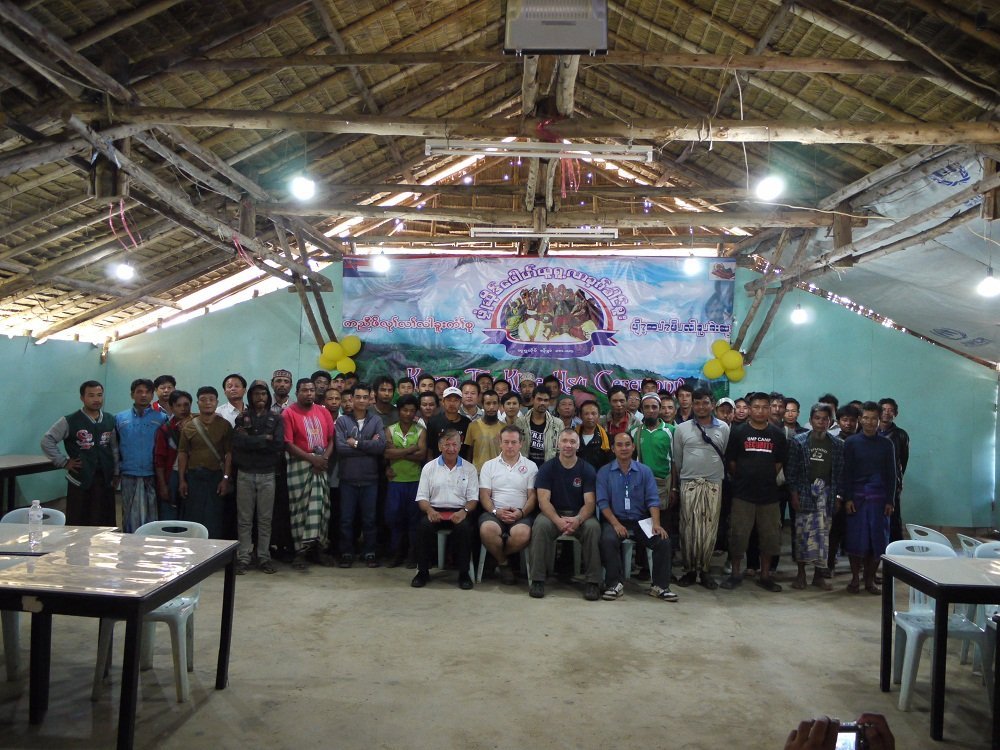 The Operation Florian team with volunteer firefighters in Umpiem Camp

In early November 2014 a four person team from Operation Florian consisting of Steve Jordan, George Bryant, Roy Barraclough and Paul Incledon went to carry out a fire needs assessment at refugee camps Umpiem, Mae la, Ban ma Surin and Ban Mai Soi on the Burma border. As well as working with CCSDPT the team also engaged with other NGOs including Save the Children, Karen Refugee Council and Karenni Refugee Council, Catholic Office for Emergency Relief and Refugees, and The Border Consortium.

The team were presented with a number of significant challenges during their assessment in terms of reducing fires or finding alternative solutions. For example, the use of construction materials with a high fire loading for houses within the camps. Utilising locally sourced materials, houses are constructed with bamboo for the frame, flooring and walls.  There were differences in the materials used for the roofs which were predominantly either a dried out teak leaf which contains an oil residue to maintain its water resistance or long grass used as a type of thatch. In both cases the combustibility levels still remained high. Due to the constraints of land availability for the camps many homes are built very close together with little room for natural firebreaks which leave them particularly vulnerable to fire spread once one starts. 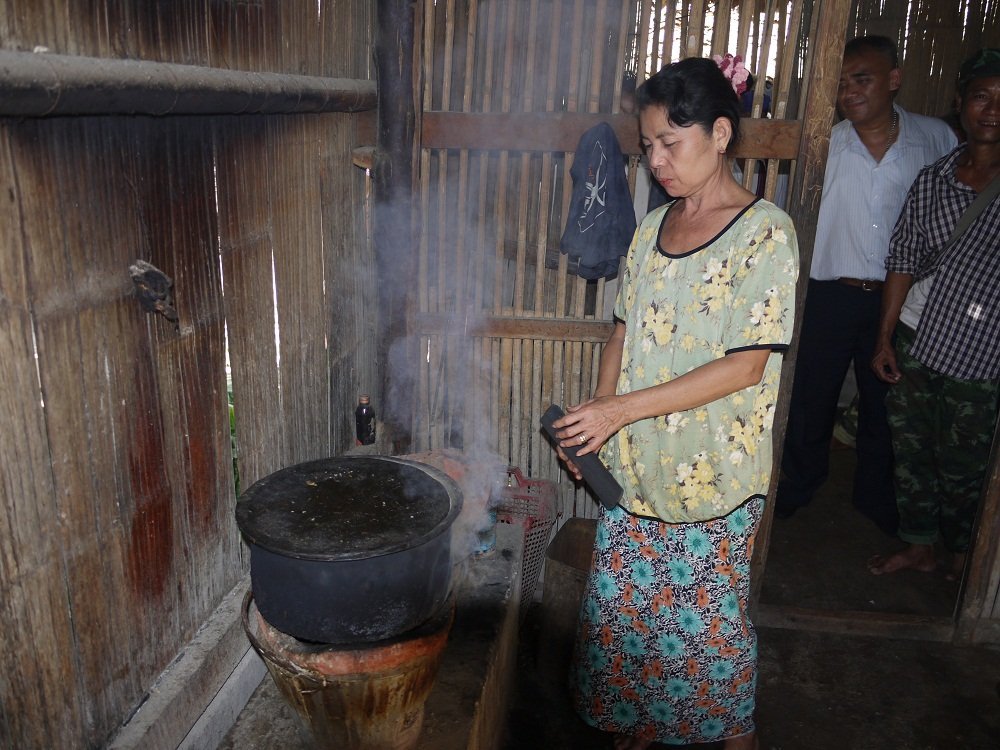 The traditional way of cooking within camp

Reflecting on previous experiences and research undertaken it was evident that causes of fires in the camps visited reflected the same trends identified elsewhere including cooking practices, candles, electrical faults or general carelessness involving the use of fire. The teams also discovered a further area of concern raised at camp level – the trend of young children playing with fire.

The field study undertaken highlighted the most common cause of fires starting within the kitchens of homes. On this basis the team offered several recommendations ranging from improved safety in construction of property, to best practice when cooking on open fires in order to prevent life threatening and damaging destruction. 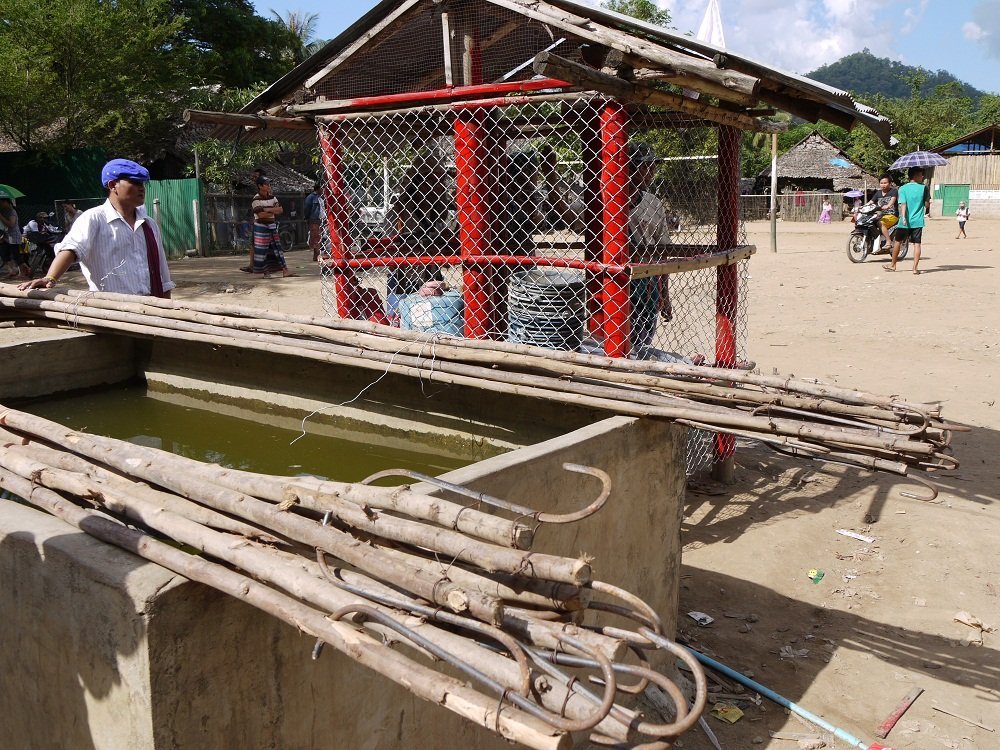 Another key common issue is the lack of a coordinated approach or awareness to reducing the risk of fire by NGOs and camp management organisations.  As indicated after the Ban Mae Surin fire a great deal of resources and effort was redirected to the recovery and reconstruction of the camp. Nevertheless, the necessity to implement fire reduction strategies remained inconsistent.  An important step forward was to involve Operation Florian’s expertise to re-assess the need for a more focused approach.

The outcome of the visit has been that several recommendations have been made ranging from the local NGOs working together more closely to promote a shared responsibility for the planning and management of major disasters, to the camp committees ensuring that the existing Emergency Response teams are formally incorporated into the camp structures. The team also looked at ways in which fire safety education could be improved, with particular emphasis on training for the volunteers and exercises to be run especially in the dry season.

At the end of the assessment week, Operation Florian presented their initial findings to the CCSDPT executive committee which was well received. A more detailed report will be provided presenting a range of recommendations covering prevention, preparedness and response issues for possible implementation.

The Operation Florian team would like to pass there sincere thanks to all the members of the CCSDPT and all the NGO staff who were extremely welcoming and provided key support and advice to ensure the assessment was conducted successfully.