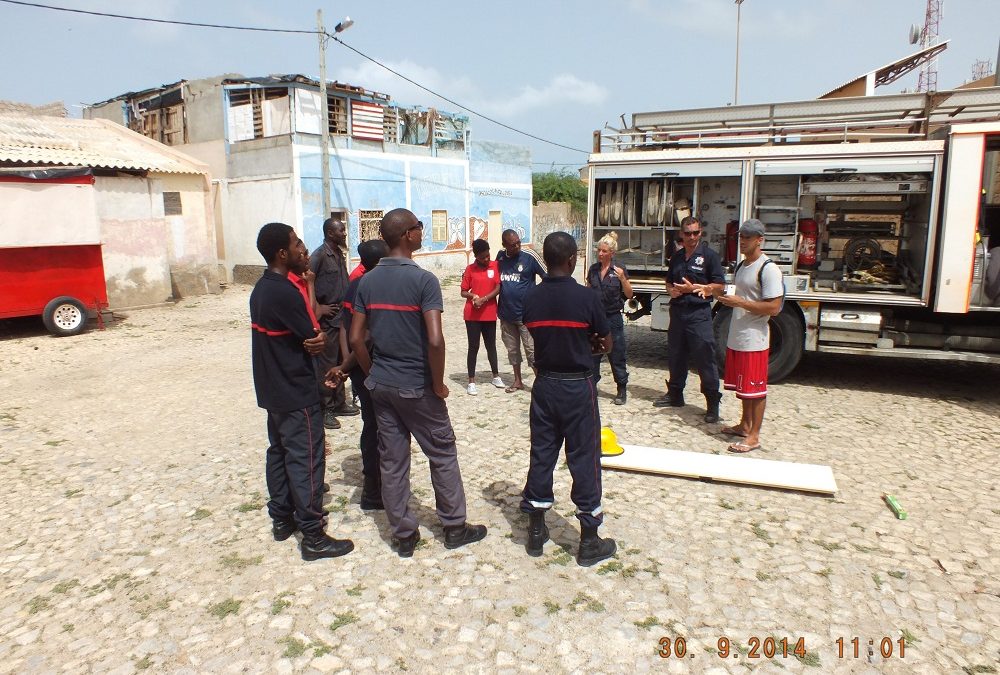 On 18th September 2014, a small 2 ‘man’ project team from Operation Florian (Jo Musgrave and Dylan Carter) travelled to Cape Verde in response to a request from two ex-patriots living out there. The request had been made primarily for first aid equipment and first aid training courses to be delivered to the local villagers as there was little provision on the whole island with regard to emergency services other than a small police force, fire service  and a ‘hospital’ which was more a health centre. Jo and Dylan also took the opportunity to explore how Florian could perhaps be of further assistance in improving firefighting capabilities. 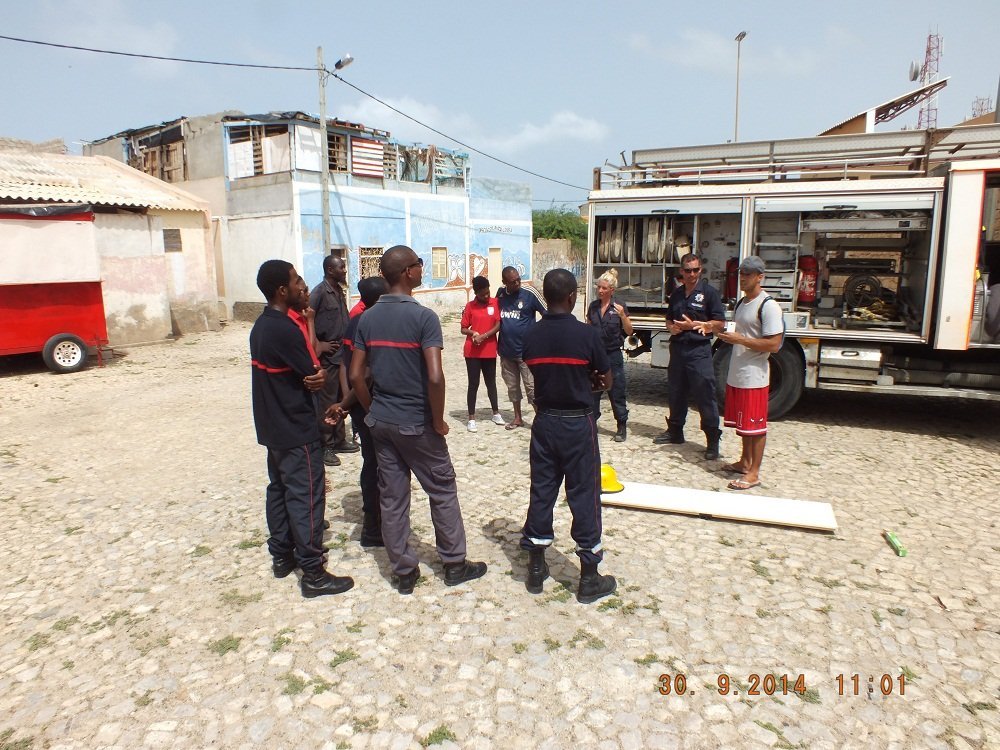 Jo and Dylan took to the long journey (3 flights over 2 days) with their luggage and the equipment in several bags. The island of Maio is one of the smaller Cape Verdean islands and sees very little in the way of tourism. There are a total of 14 villages dotted around and 4,000 inhabitants. Maio has a reputation of being the ‘forgotten island’ according to the inhabitants and this is put down to the fact that historically where the capital Santiago and all the other islands traditionally vote one way, Maio has always voted the other and therefore any supplies, aid, provisions sent to Cape Verde tend to be distributed to the other islands first and Maio receives what is remaining.

The following 2 days were spent being shown around the village including the ‘hospital’, ‘fire station’ Red Cross centre where the training would be taking place and the police station. Throughout the following 10 days Jo and Dylan of Operation Florian delivered a one day course to different people on each day. The initial idea of running two 3-day courses was dismissed after discussions due to it being difficult to expect people to miss work and because Florian wanted to reach out to as many of the community as possible – shorter courses therefore made more sense. 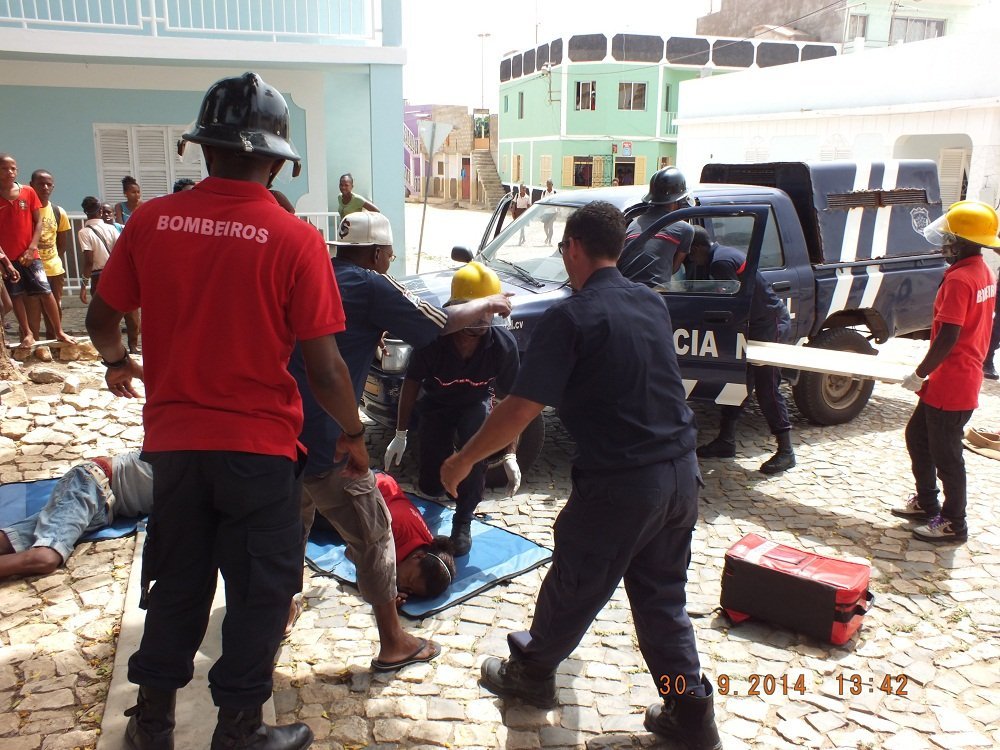 The courses were very well received and the feedback very positive. Jo and Dylan managed to ‘train up’ over 150 people from a wide range of occupations. The whole fire service, the police force, a group of mothers and babies, the general public and as many fishermen and bus drivers as they could. Aswell as running the daily courses which ran from 2pm – 8pm to suit the islanders, they spent mornings investigating what other areas Florian may be able to assist with in the future. This involved meetings with the chief of police, the man in position of authority for the fire service in ‘city hall’, and the doctor at the hospital. Jo was interviewed by local radio – aired to all the islands.

The small Florian team spent time looking at the skills and equipment of the fire service – much of which was outdated or unable to work. The PPE the crews had consisted of a few old tunics donated some years before and several helmets although these had no inners. There was no B.A, no wetlegs, no boots and it was explained to Florian that at a recent house fire in the village the firefighters had turned up in ill fitting helmets, tunics, shorts and flip-flops. The crews seemed to have very little in the way of formal training.

On the final day the UK team put together a short demonstration performed in the centre of the village and allowed for interaction between the fire service, the police force and the local people, attracting many spectators. The demo was followed by a last minute course for a small group of people who had been unable to make the previous 10 courses and then a group presentation of the certificates earned in which all those who had attended were given recognition for their time, efforts and participation. The visit overall was extremely well received and those involved made it clear that any further help would be very much appreciated and extremely useful.

In the opinion of the Florian team, there is a definite potential for additional work that could and should be done to aid the country, but in particular Maio with further fire fighting provision and training.