In September 2014 a number of organisations under the banner of FIRE AID delivered four fully equipped fire appliances and two ambulances to the Moldovan Fire Service in Nisporeni – a small town some 60km west of the Moldovan capital Chisinau.

In September 2014 a number of organisations under the banner of FIRE AID delivered four fully equipped fire appliances and two ambulances to the Moldovan Fire Service in Nisporeni – a small town some 60km west of the Moldovan capital Chisinau.

The vehicle safely arrive at the ferry port (Newcastle-Amsterdam)

FIRE AID member Blythswood Care, under the guidance of Finlay Mackenzie, were instrumental in providing the logistical support required to see the safe delivery of the 6 vehicles and ensured that the welfare needs of the 19 strong UK emergency service Instructor team were met.  The team was composed of firefighters from both whole-time and RDS from across the UK and were joined by personnel from Police Scotland, Scottish Ambulance Service and a number of vehicle technicians and engineers.

Gary Bennett of the Scottish Fire and Ambulance Aid (SFAA) was the overall project manager who worked tirelessly with his team preparing all the vehicles, equipment and ensured a safe passage through eight countries in four days covering over 1800 miles.  The day to day work of SFAA was managed by Dave Latto who had the responsibility of the Fire Fighter Basic Skills Training programme which included Driver Training, Pumps and Ladders, BA, Trauma and basic RTC tools familiarisation training. 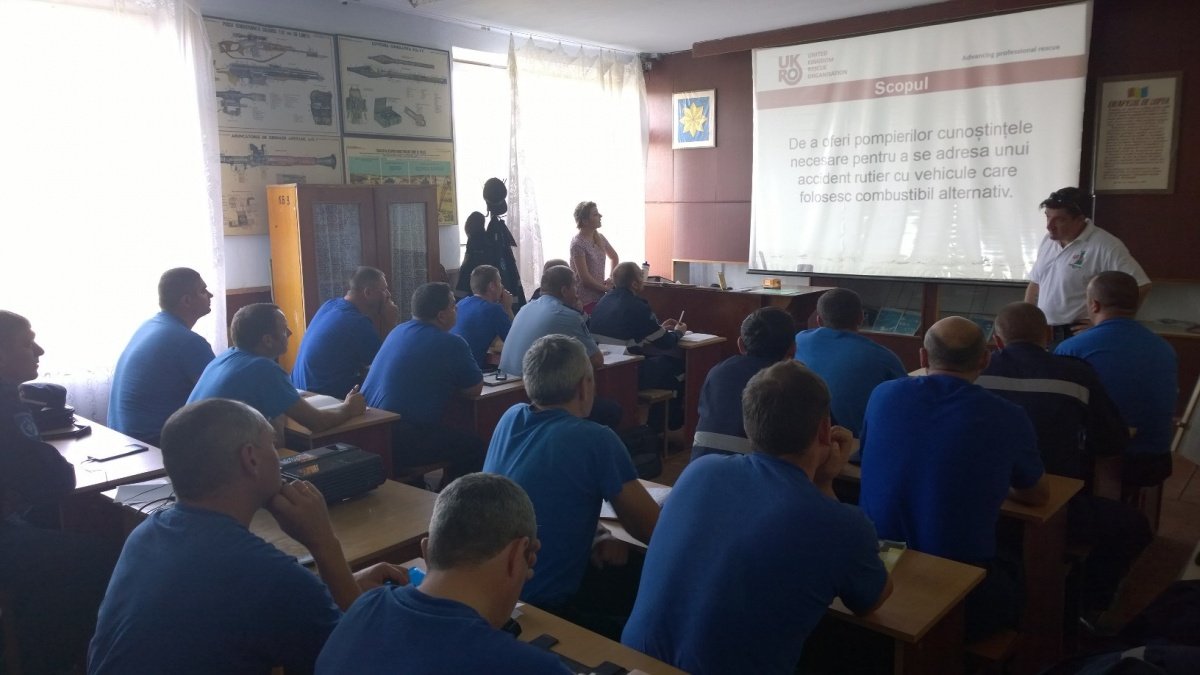 Stevie Nesbit led the United Kingdom Rescue Organisations (UKRO) International Development Programme (IDP) team that delivered a five day bespoke RTC training package.  This was delivered to 19 Middle managers/Instructors from the Moldovan Fire Service.  The training materials were translated into Romanian and will now be delivered throughout Moldova by their Instructors.

This element of the project saw a significant amount of support from a number of Fire and Rescue services throughout the UK, tool manufacturers and commercial organisations. 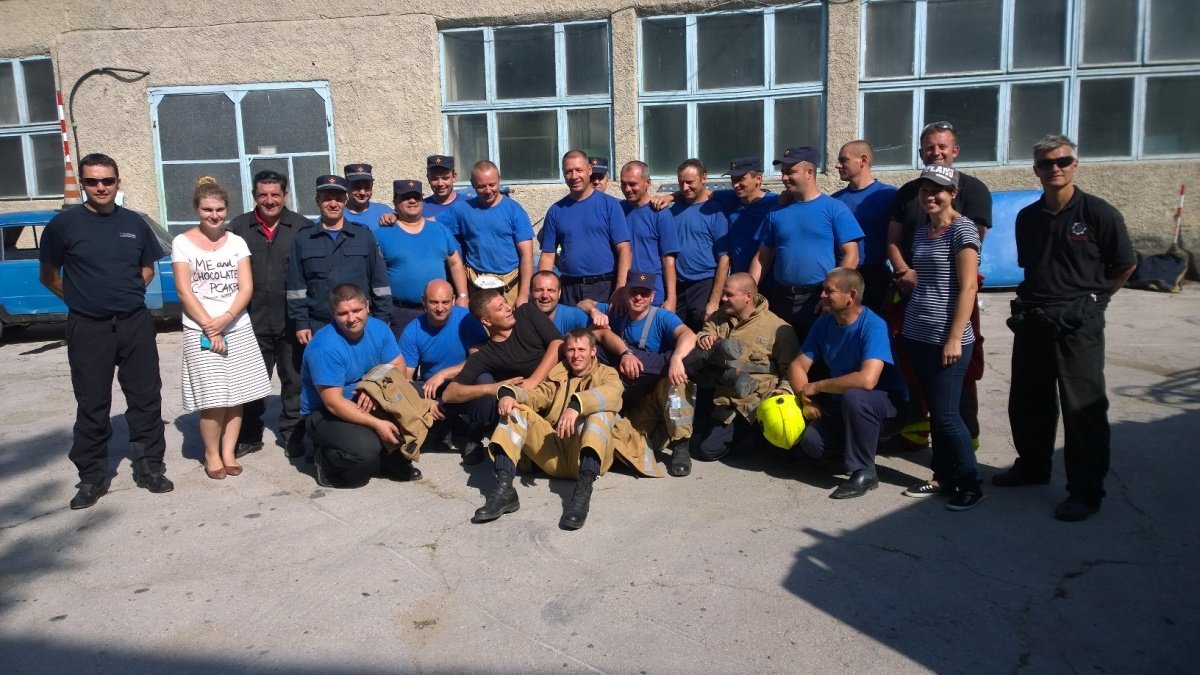 Moldova currently experiences a particular high number of road deaths (13.9 per 100,000) which in comparison to the UK death rate (3.7 per 100,000 population) is a significant risk. This also brings high socio-economic costs at around 3% of the Moldovan GDP due to road traffic collisions. FIRE AID’s objective is to support the Moldovan government’s action plan under the UN’s Decade of Action: to reduce road crashes and victims by 50% by 2020.

FIRE AID with support from its member organisations has made a significant contribution to the reduction of injuries and fatalities throughout Moldova.

Earlier in 2014, delivery of 4 fully equipped fire engines took place to different fire stations in Moldova as part of the overall delivery to the country: Read More