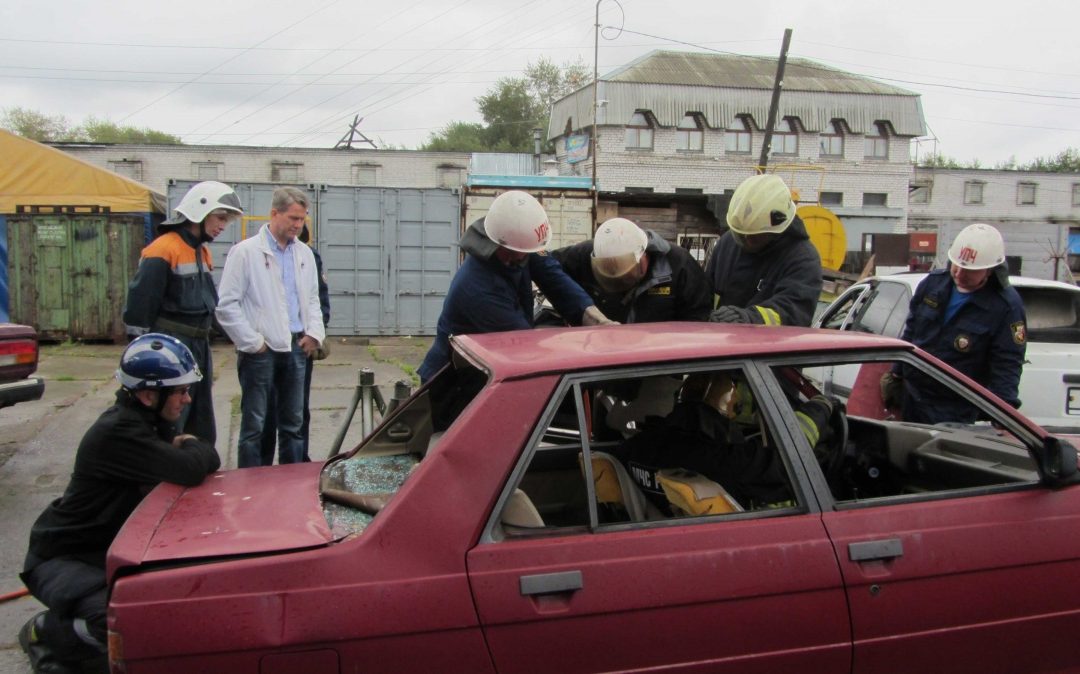 Two instructors, Station Managers Jason Sharp and Mark Duffy from the Scottish Fire and Rescue Service formed a team as members of the United Kingdom Rescue Organisation and visited Arkhangelsk, Russia, the week commencing 22nd August 2016, following several months of preparation by Jason and Mark in liaison with Arkhangelsk Region Rescue Service. This was the next step in an extensive Fire Safety Friends Of Russia project assisting with service development, following the visit earlier in the year by Michael Willis and Andy Newton. The overall project is expected to last four years. 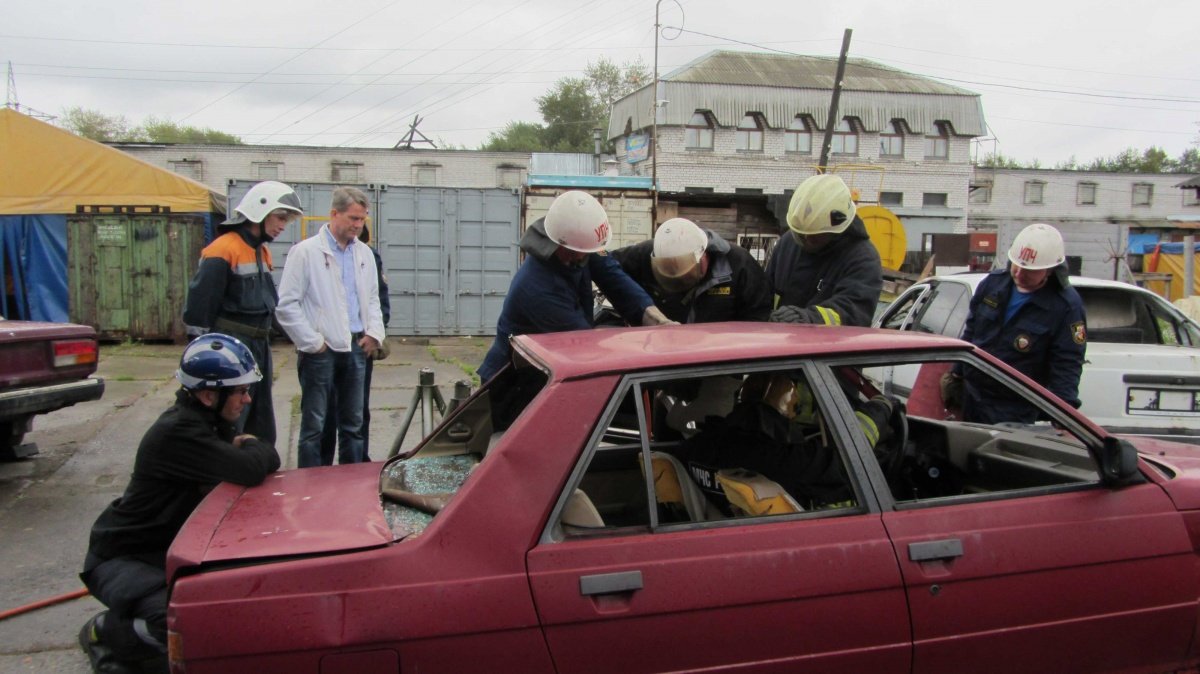 The visit by Jason and Mark was an intensive five days of work devoted to updating the Arkhangelsk Region Emergency Services with current UK practice and procedures for rescuing persons trapped in road vehicles and providing initial trauma care. This involved classroom work on the issues associated with the latest generation of cars including hybrid, as well as several days of practical exercises. 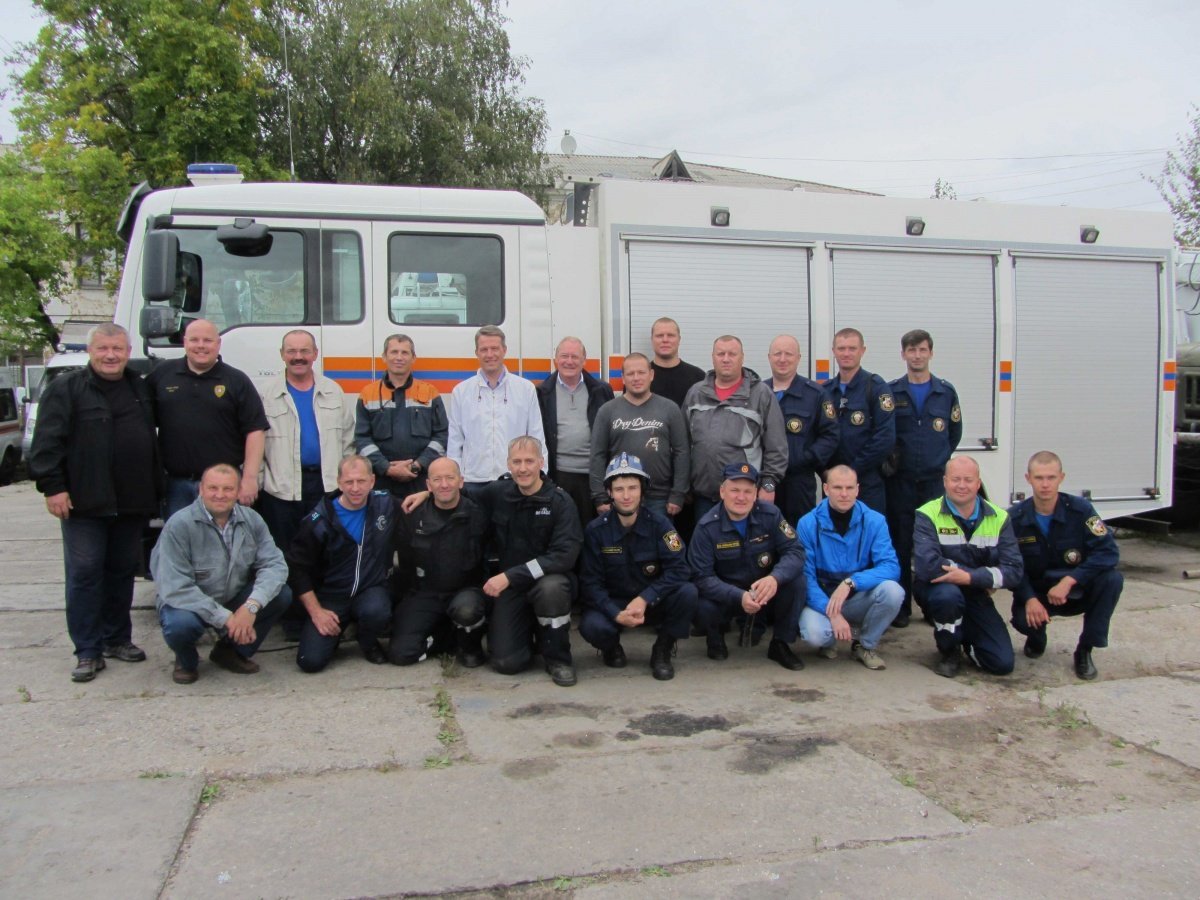 The week was extremely successful with the Russian instructors not only being pleased with the updates but also being impressed with the method of instruction used, which they have now adopted for delivering future training themselves. The passing on of information was not one way as Jason and Mark also leaned a few useful procedures from their Russian colleagues.

The Arkhangelsk Rescue Service Instructors started a programme of training for the region based on the UKRO course the very next Monday.

During the week they were joined by two fire fighters from the USA, Chief Andrew Turcotte and Deputy Chief Stephen Sloan of Portland Fire Department, Main, for discussions exploring co-operation with the FSFOR project in Arkhangelsk. It was agreed the Portland Fire Department will work with FSFOR assisting in delivering the overall project.