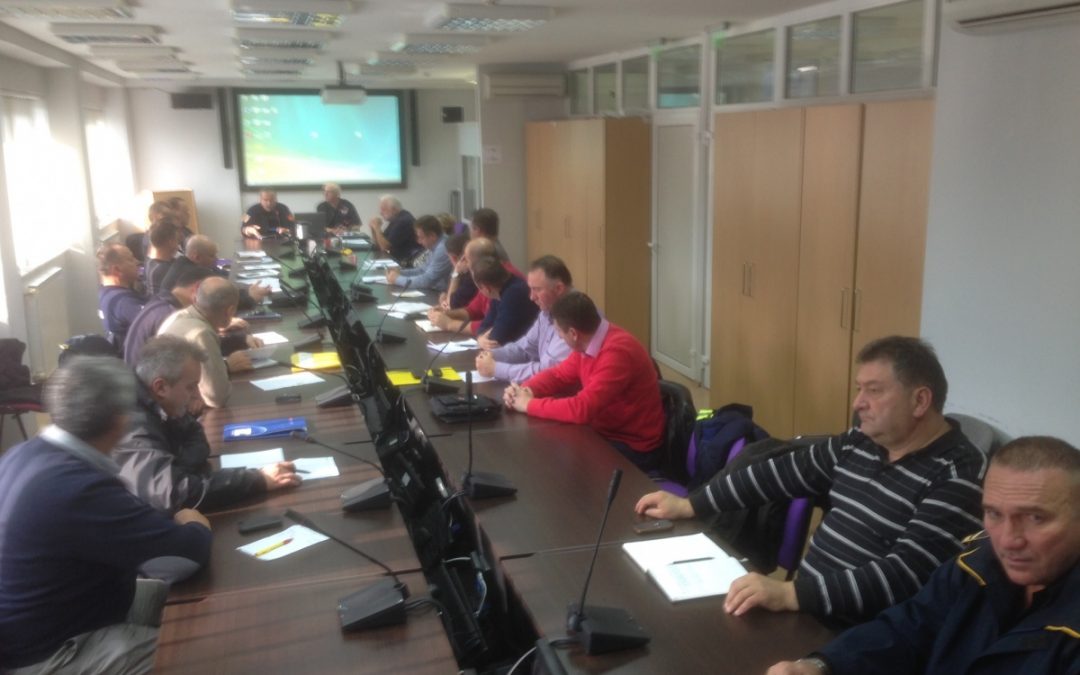 A team of two, Allan Henson and Geoff Hayes of Operation Florian, went to Macedonia at the end of November 2014 to launch the Toyota Fund for Europe (TFfE) funded fire service road safety campaign.

A team of two, Allan Henson and Geoff Hayes of Operation Florian, went to Macedonia at the end of November 2014 to launch the Toyota Fund for Europe (TFfE) funded fire service road safety campaign. 25 fire chiefs, a representative of the Directorate of Protection and Rescue and two leaders of the Firefighters Syndicate (union) attended a workshop in Skopje on 26 November. It was hosted by the Association of the Units of Local Governments (ZELS) who also assisted in running the launch of the road safety campaign. 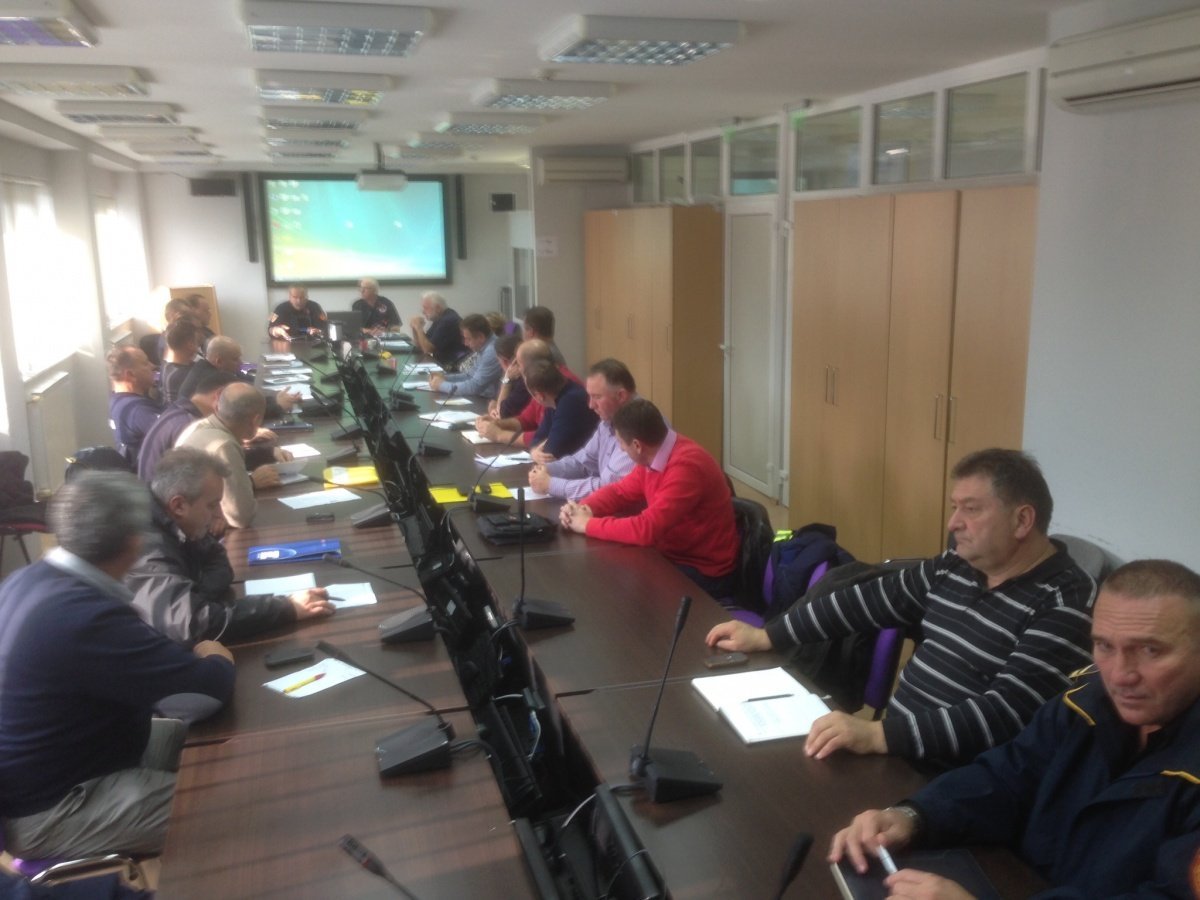 The promotional road safety material was presented and attendees given guidance on how to use it to best effect.  There followed a detailed discussion on how to add value to it.  In the afternoon session, discussions took place about the learning outcomes from the first rescue challenge, with a look forward to 2015, supported by World Rescue Organisation members Rescue Organisation Ireland.

Following the workshop, Operation Florian was contacted by a volunteer fire service which also wishes to make use of the material – this was encouraged and it is anticipated that they will coordinate their activities with those of the City of Skopje.

During discussions with the Directorate of Protection and Rescue they offered to consider how they might be able to add value to the campaign by providing support to fire services through their local offices. However the main purpose of that meeting was to discuss future plans, especially the possibility of another extrication challenge in 2015 and other ideas for 2015 and beyond.

The team visited the Ministry of Health to follow up an approach regarding reducing or eliminating the spread of contamination hazardous materials related incidents which Steve Jordan had received when he attended the international road safety conference in Skopje back in May. Whilst there the team took the opportunity to update the ministry on the skill levels in extrication and casualty care now achieved by the Macedonian Fire Service.  The ministry has plans of their own to improve pre-hospital care for road accident casualties including improved at scene coordination between first responders.  There was mutual recognition that Operation Florian could help in this and a number of other areas.

They also met with the British Embassy to report on progress with the TFfE work and seek advice on future activities and the Crisis Management Centre to talk about the UNISDR Resilient Cities programme.